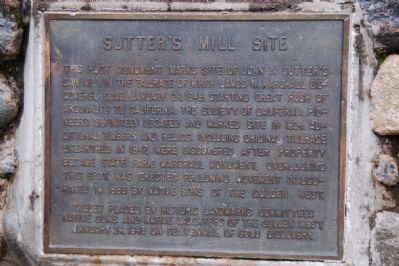 This rock monument marks site of John A. Sutter's saw mill in the tailrace of which James W. Marshall discovered gold, January 24, 1848, starting the great rush of argonauts to California. The Society of California Pioneers definitely located and marked site in 1924. Additional timbers and relics, including original tailrace unearthed in 1947, were discovered after property became state park. Marshall Monument overlooking this spot was erected following movement inaugurated in 1886 by Native Sons of the Golden West.

Topics and series. This historical marker is listed in this topic list: Settlements & Settlers. In addition, it is included in the Native Sons/Daughters of the Golden West series list. A significant historical month for this entry is January 1919. 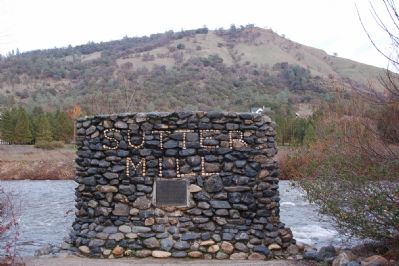 Click or scan to see
this page online
W. Marker is near Coloma, California, in El Dorado County. Marker can be reached from Coloma Road (California Route 49) north of Mt Murply Road, on the right when traveling north. Located in Marshall Gold Discovery State Historical Park, the marker is next to the American River and is accessible from the Gold Discovery Loop Trail, just 500 feet or so from the sawmill parking lot. Touch for map. Marker is in this post office area: Coloma CA 95613, United States of America. Touch for directions.

3. The Sutter Family and the Origins of Gold-Rush. Book by John Augustus Sutter at Amazon.com (Submitted on March 16, 2006.) 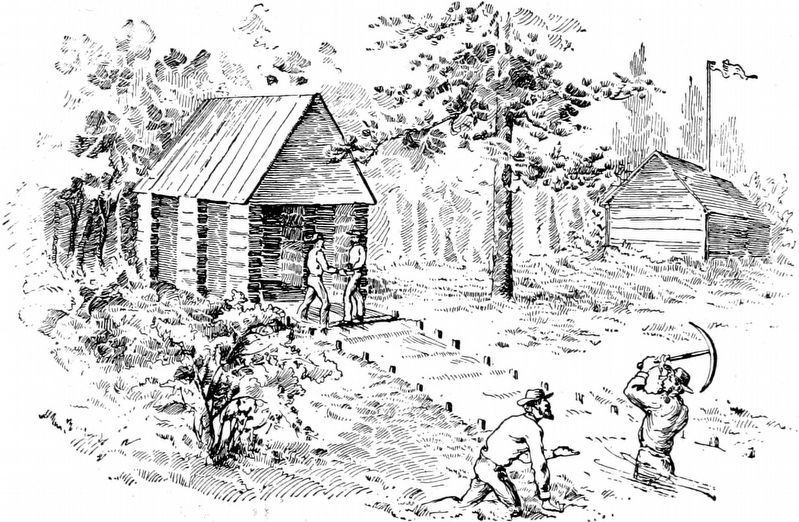 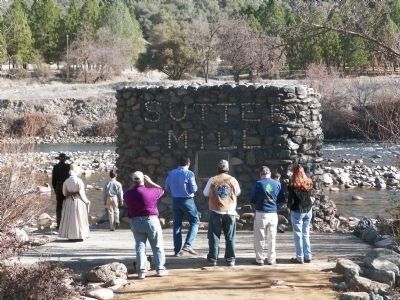 Photographed By James King, January 24, 2014
4. Sutter’s Mill Site Monument
Local re-enactors and members of the Native Sons of the Golden West inspect the work of their forebears on Discovery of Gold Day, 24 January 2014.

Note the low level of the American River as a result of severe drought. 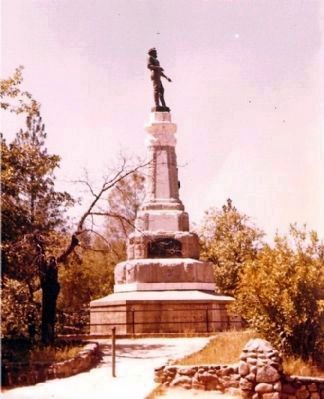 Photographed By Syd Whittle, May 14, 1978
5. James Marshall Monument
In 1887 the State of California purchased the site for a monument to commemorate James Marshall, who in 1848 discovered gold near Coloma. Marshall's discovery started the 'gold rush,' that westward trek of Argonauts that marked the turning point in California history. The figure of Marshall atop the monument is pointing to the place of discovery on the South Fork of the American River.
Click for more information.
Credits. This page was last revised on November 2, 2018. It was originally submitted on March 8, 2006, by Karen Key of Sacramento, California. This page has been viewed 8,844 times since then and 110 times this year. Last updated on December 15, 2010, by Ken Horn of Springfield, Missouri. Photos:   1, 2. submitted on March 8, 2006, by Karen Key of Sacramento, California.   3. submitted on October 31, 2018, by Allen C. Browne of Silver Spring, Maryland.   4. submitted on February 3, 2014, by James King of San Miguel, California.   5. submitted on August 15, 2008, by Syd Whittle of Mesa, Arizona. • Syd Whittle was the editor who published this page.
Share this page.