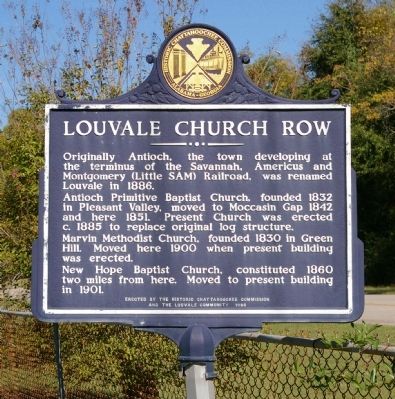 Originally Antioch, the town developing at the terminus of the Savannah, Americus and Montgomery (Little SAM) Railroad, was renamed Louvale in 1886.

Erected 1986 by Historic Chattahoochee Commission and the Louvale Community.

Topics. This historical marker is listed in this topic list: Churches & Religion. A significant historical year for this entry is 1886. 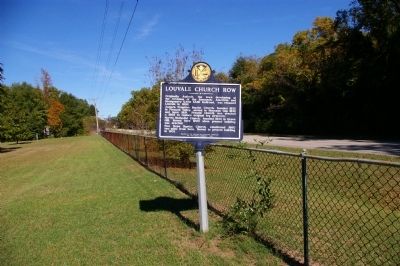 Click or scan to see
this page online
the property. Touch for map. Marker is at or near this postal address: 318 Frontage Road, Louvale GA 31814, United States of America. Touch for directions. 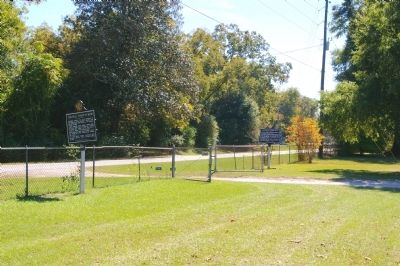 By David Seibert, October 30, 2010
3. Louvale Church Row Marker
Looking south on the Frontage Road, with the marker for the Antioch Institute just beyond. 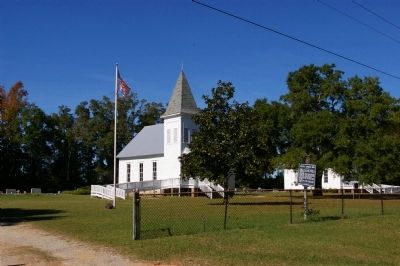 By David Seibert, October 30, 2010
4. Louvale Church Row Marker
THe marker, with the Marvin Methodist Church in the background 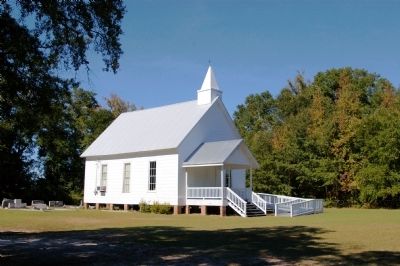 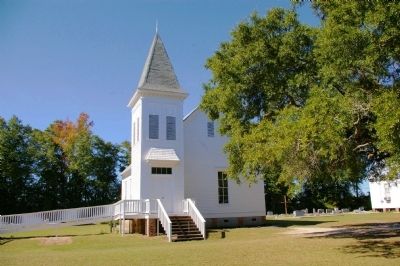 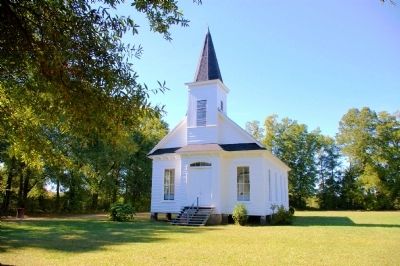 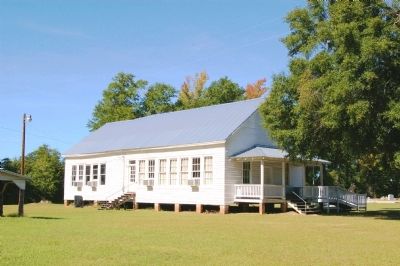 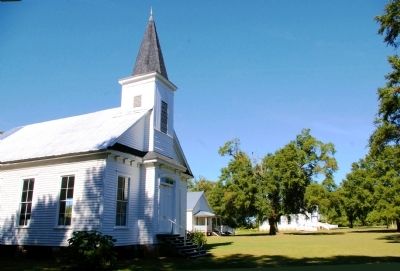 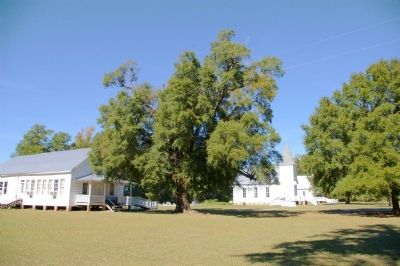 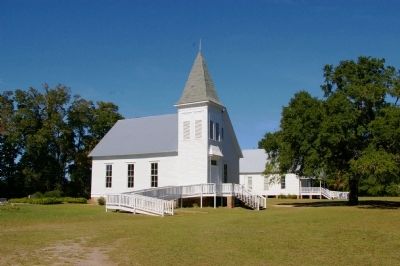