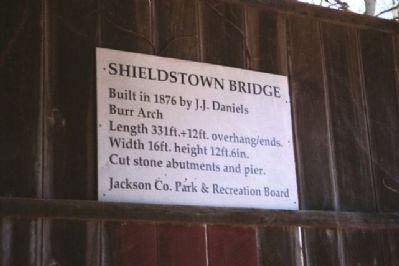 Topics and series. This historical marker is listed in this topic list: Bridges & Viaducts. In addition, it is included in the Covered Bridges series list. A significant historical year for this entry is 1876. 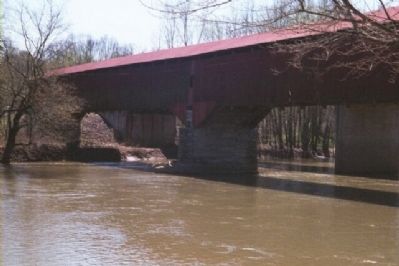 Regarding Shieldstown Bridge. The Shieldstown Covered Bridge crosses the East Fork of White River, in Section 32, Township 6 North, and Range 5 East, beside County Road 250 East, northeast of Brownstown, Jackson County. This double span Burr Arch Truss structure has a length of 331 feet, or 355 feet including the 12-foot overhang at each end, with a portal clearance 16 feet wide by 12 feet 6 inches high. Built in 1876 by Joseph J. Daniels, the road bypassed this structure after 1977. This bridge was listed as #14-36-02 in the 1989 World Guide.

This bridge is not on the National Register of Historic Places. Only the Bell Ford Bridge and the Medora Covered Bridge are listed on the National Register. Bell Ford Bridge totally collapsed and was abandoned.
Source: Fleeta K. Arthur, primary bridge researcher for Jackson County covered bridges and member of the Jackson County Park and Recreation Board. 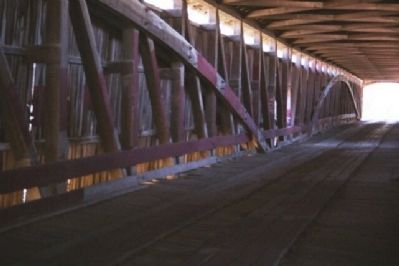 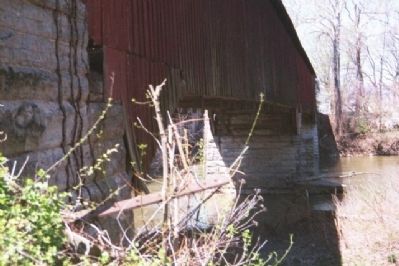 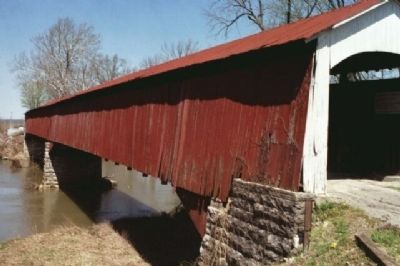 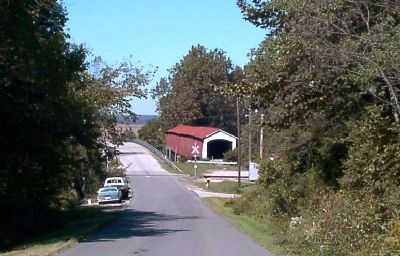 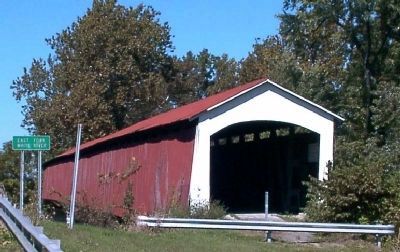