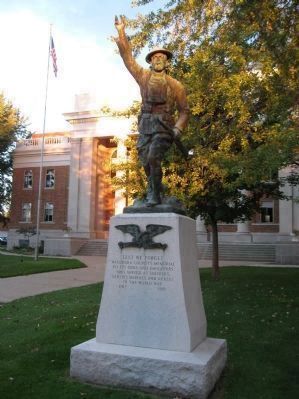 Lest We Forget
Waushara County's memorial
to its sons and daughters
who served as soldiers,
sailors, marines and nurses
in the World War.
1917 · 1919

Topics. This historical marker and memorial is listed in this topic list: War, World I. A significant historical year for this entry is 1917. 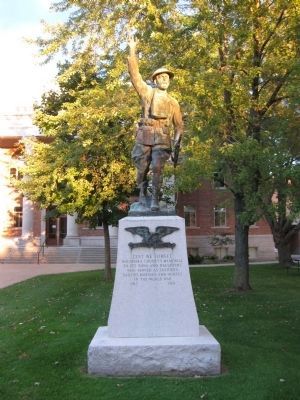 Click or scan to see
this page online
12.8 miles away); Sir Henry Soloman Wellcome (approx. 13 miles away); Almond Veterans Memorial (approx. 14.3 miles away). Touch for a list and map of all markers in Wautoma.

Also see . . .
1. The Doughboy War: Viquesney vs. Paulding. "...they were similar enough in the mind of Jules Berchem, the owner of American Art Bronze Foundry in Chicago, IL (the foundry Paulding used), that he sued Viquesney in 1922 for copyright infringement, claiming Viquesney's and Paulding's statues were 'so similar as to deceive the general public.'" (Submitted on January 4, 2011.) 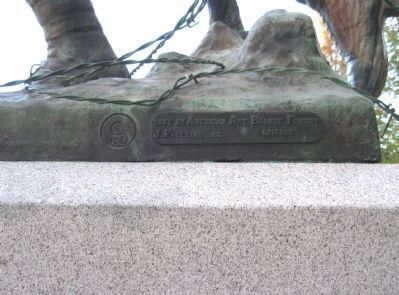