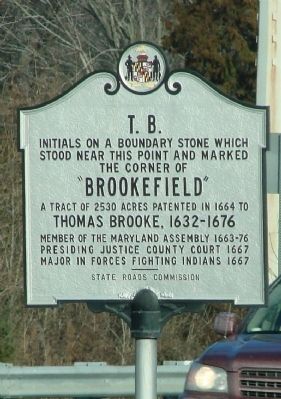 Photographed By Richard White, February 9, 2007
1. T.B. Marker
Inscription.
T. B.. .
Initials on a boundary stone which stood near this point and marked the corner of “Brookefield” a tract of 2530 acres patented in 1664 to Thomas Brooke, 1632–1676, member of the Maryland Assembly 1633–76 Presiding Justice County Court 1667 Major in forces fighting Indians 1667. . This historical marker was erected by State Roads Commission. It is in Brandywine in Prince George's County Maryland

Initials on a boundary stone which stood near this point and marked the corner of
“Brookefield”
a tract of 2530 acres patented in 1664 to
Thomas Brooke, 1632–1676,
member of the Maryland Assembly 1633–76
Presiding Justice County Court 1667
Major in forces fighting Indians 1667

Topics. This historical marker is listed in these topic lists: Landmarks • Settlements & Settlers. A significant historical year for this entry is 1664.

Location. This marker has been replaced by another marker nearby. It was located near 38° 42.048′ N, 76° 52.536′ W. Marker was in Brandywine, Maryland, in Prince George's County. Marker was at the intersection of Branch Avenue (Maryland Route 5) and Accokeek Road (Maryland Route 373), in the median on Branch Avenue. Touch for map. Marker was at or near this postal address: 7510 Accokeek Road, Brandywine MD 20613, United States of America. Touch for directions.

Other nearby markers. At least 8 other markers are within 5 miles of this location, measured as the crow flies. A different marker also named T. B. (about 400 feet away, measured in a direct line); John Wilkes Booth and his companion David Herold 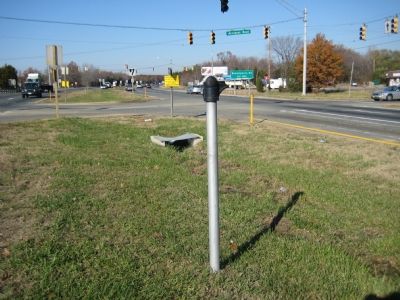 Regarding T. B.. “T.B.” was the name of a 19th century village that stood at the intersection of present-day Brandywine Road and Old Brandywine Road. The village's name reportedly derives from the boundary stone that marked the division between lands owned by William Townshend and Thomas Brooke. The marker had a "T" on one side and a "B" on the other.

2. Marlow-Huntt House and The Casket Shop. The property as listed in the Maryland Inventory of Historical Properties (Submitted on July 15, 2010, by Jacqueline White of Williamsburg, VA - Virginia.) 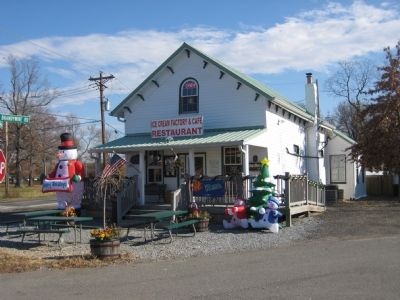 Photographed By F. Robby, November 29, 2007
3. 13700 Old Brandywine Road
This building is the former Marlow-Huntt Store built in 1867 and located at the intersection of Brandywine Road and Old Brandywine Road, about 500 feet west of the T.B. marker. It was used at the turn of the century as a general store and post office for the rural community of T.B. Restored by its current owners, the building now houses the Ice Cream Factory and Cafe. The building is registerd as a Prince George's County Historic Site.
1. Missing
This marker went missing when there was road constuction in the area. Now there is road construction again and the pole is lying in the ground not far from where it originally stood. Hope it is replaced someday.

Editor's Note: Thank you. We hope it is replaced soon as well.
— Submitted June 25, 2010, by Paul Gleaves of Waldorf, Maryland. 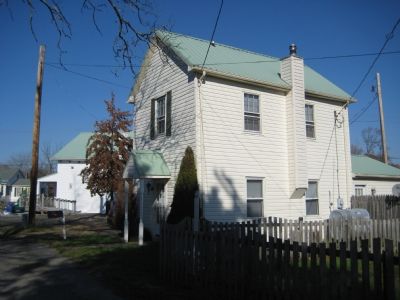