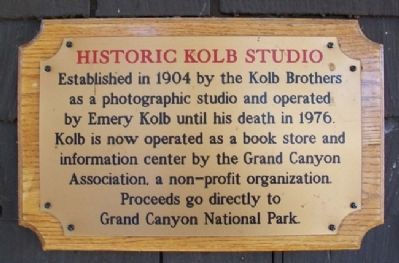 Established in 1904 by the Kolb Brothers as a photographic studio and operated by Emery Kolb until his death in 1976. Kolb is now operated as a book store and information center by the Grand Canyon Association, a non-profit organization. Proceeds go directly to Grand Canyon National Park.

Topics. This historical marker is listed in this topic list: Notable Buildings. A significant historical year for this entry is 1904. 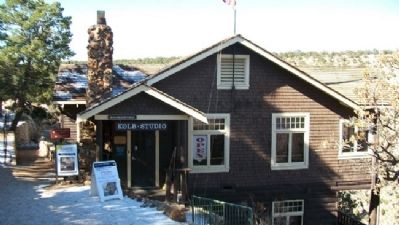 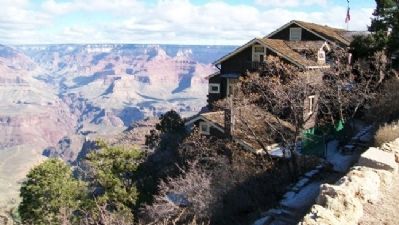 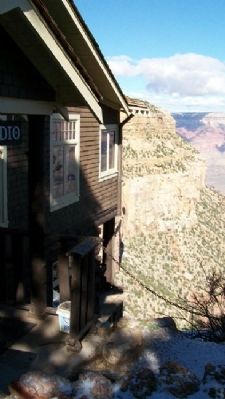