[First Panel]:
Built in 1799, in the hope that the new capital would become a great city.

Opened as a tavern and inn by William Rhodes, 1801.

Spared the torch during the British burning of Washington, 1814.

Witness to every inaugural parade from Thomas Jefferson's in 1805 until Ronald Reagan's in 1981.

This marker placed by the Rhodes Tavern - D.C. Heritage Society, June 7, 1999, with the 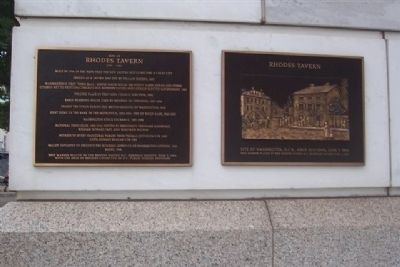 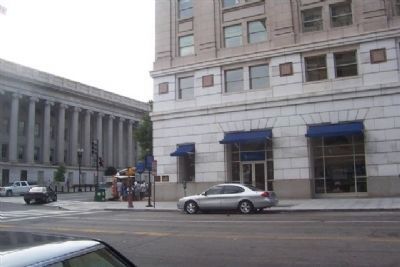 By Richard E. Miller, July 13, 2008
3. F and 15th Streets, NW
Marker panels are visible on the wall at the corner, lower middle left. The U.S. Treasury Building is seen on the opposite side of 15th Street.
shouting distance of this marker); Frederick Douglass 1817 - 1895 (within shouting distance of this marker). Touch for a list and map of all markers in Penn Quarter.

More about this marker. . . . Oliver T. Carr purchased most of the block on which Rhodes Tavern sat in order to redevelop the area. By the time Carr purchased the tavern, it had ceased to resemble its original form, but many architects and historians saw merit in retaining the structure even with these changes because of its importance to the history of the District.

Located less than a block from the White House at 15 and F Sts NW, Carr planned to tear it down to build new offices and retail shops. A seven year protracted legal battle then began between preservationists trying to stop Carr from demolishing the building. An initiative was passed by the citizens of Washington to preserve the building in 1983, but Carr had the building razed one night in 1984. . . .

Topics. This marker is included in these topic lists: Government & Politics • Industry & Commerce • War of 1812 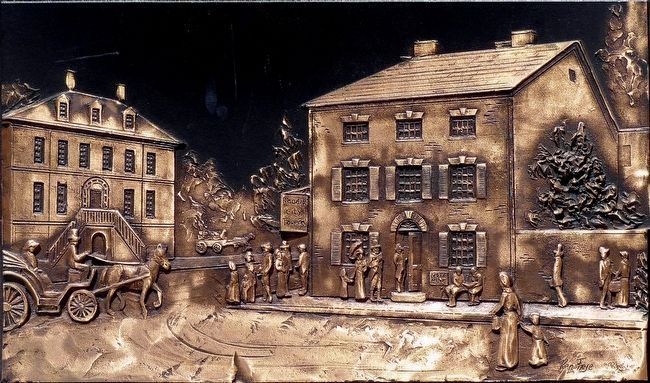 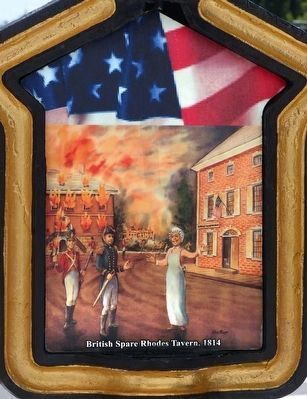