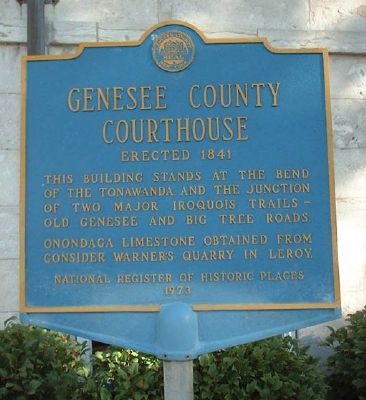 By Patrick Weissend, circa October 2006
1. Genesee County Courthouse Marker
Inscription.
Genesee County Courthouse. Erected 1841. This building stands at the bend of the Tonawanda and the junction of two major Iroquois Trails - Old Genesee and Big Tree Roads . . Onondaga limestone obtained from Consider Warner's Quarry in LeRoy . .
National Register of Historic Places . 1973. . This historical marker was erected in 1973 by Genesee County. It is in Batavia in Genesee County New York 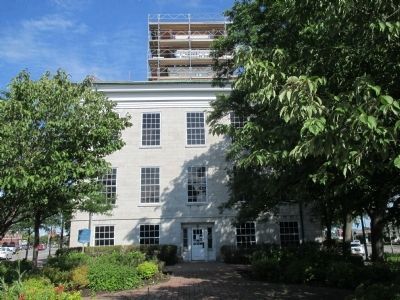 By Anton Schwarzmueller, July 6, 2014
2. Eastward View Genesee County Courthouse and Marker
0.2 miles away); The Batavia Club (approx. ¼ mile away); Cary House Site (approx. 0.3 miles away); Centennial Park (approx. half a mile away). Touch for a list and map of all markers in Batavia. 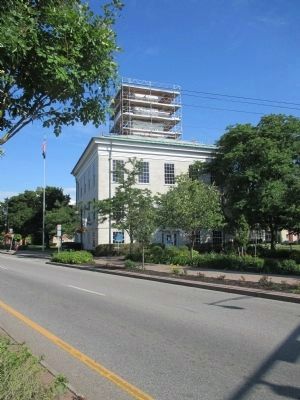 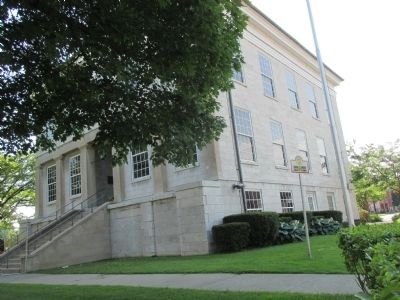 By Anton Schwarzmueller, July 6, 2014
4. Rear and North Sides Genesee County Courthouse
The rear area is enclosed by construction fencing; note the fence at the stair wall. 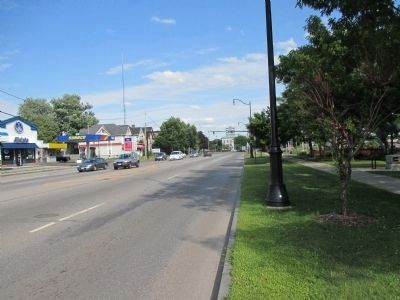 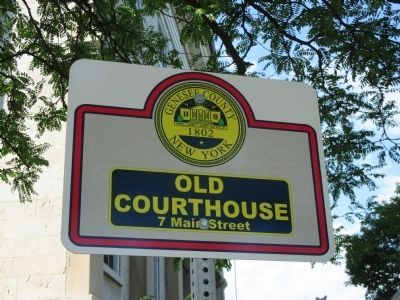 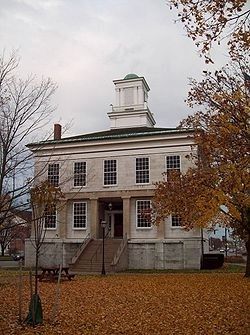 Editor’s want-list for this marker. Wide area view of the marker and its surrounding. • Picture of the courthouse. • Can you help?
Share This Page.