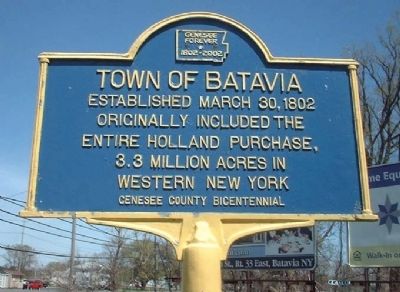 By Patrick Weissend, circa May 2007
1. Town of Batavia Marker
Inscription.
Town of Batavia. .
Established March 30, 1802 originally included the entire Holland Purchase, 3.3 million acres in Western New York. . This historical marker was erected in 2002 by Genesee County Bicentennial Committee. It is in Batavia in Genesee County New York

Topics. This historical marker is listed in this topic list: Settlements & Settlers. A significant historical date for this entry is March 30, 1760. 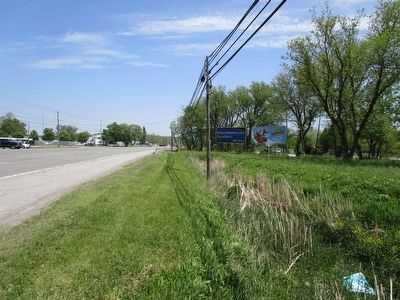 By Anton Schwarzmueller, May 24, 2016
2. Eastward
Marker is centered in front of the right billboard.