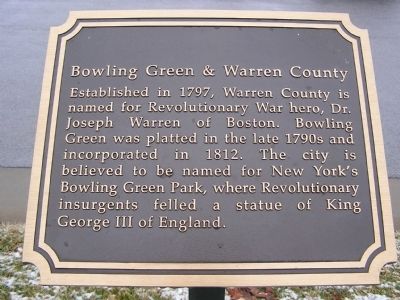 Established in 1797, Warren County is named for Revolutionary War hero, Dr. Joseph Warren of Boston. Bowling Green was platted in the late 1790s and incorporated in 1812. The city is believed to be named for New York's Bowling Green Park, where Revolutionary insurgents felled a statue of King George III of England. 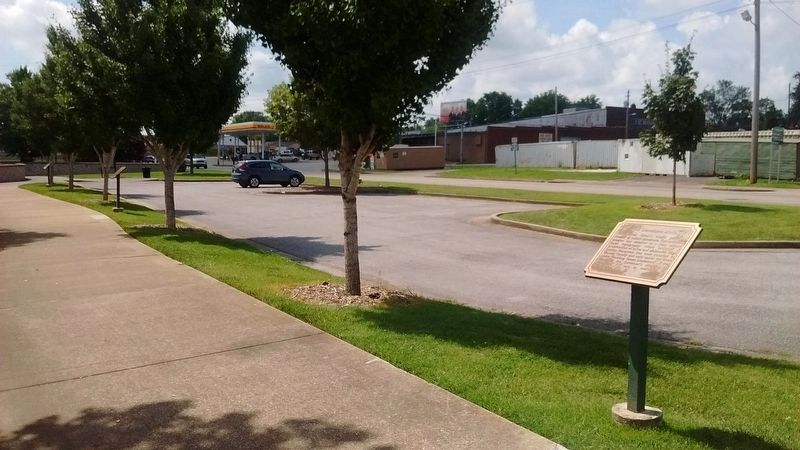 By Tom Bosse, July 5, 2019
2. Bowling Green & Warren County Marker
Marker is second from the left in the background.
distance of this marker); Defending the L&N Railroad (about 300 feet away, measured in a direct line); Shake Rag (approx. 0.2 miles away); Ora Porter (approx. 0.2 miles away). Touch for a list and map of all markers in Bowling Green. 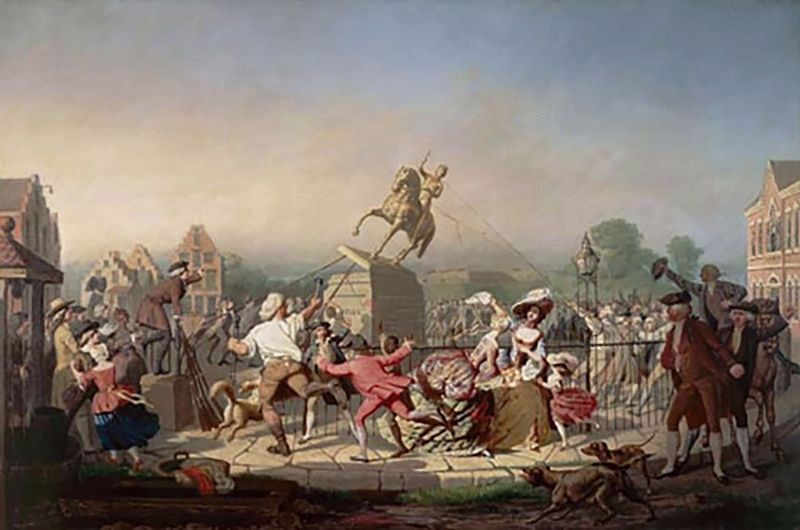