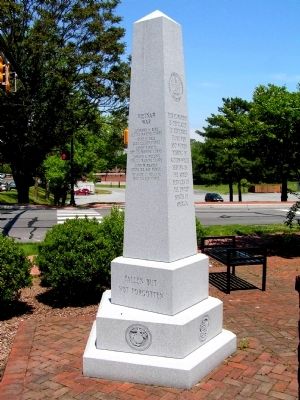 Photographed By Nate Davidson, May 19, 2008
1. Armed Forces Memorial Marker
Inscription.
Armed Forces Memorial. . This monument is dedicated to remember those men and women missing in action while serving in the Armed Services of the United States of America

Fallen But Not Forgotten . This memorial is in Dover in Kent County Delaware