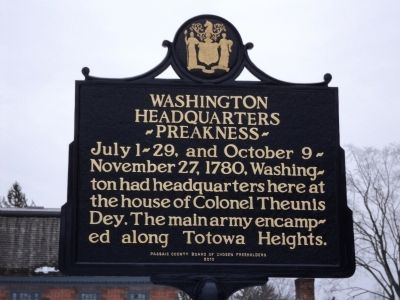 Photographed By Bill Coughlin, January 15, 2011
1. Washington Headquarters Marker
Inscription.
Washington Headquarters. Preakness. July 1 – 29, and October 9 - November 27, 1780, Washington had headquarters here at the house of Colonel Theunis Dey. The main army encamped along Totowa Heights. . This historical marker was erected in 2010 by Passaic County Board of Chosen Freeholders. It is in Wayne in Passaic County New Jersey

July 1 – 29, and October 9 - November 27, 1780, Washington had headquarters here at the house of Colonel Theunis Dey. The main army encamped along Totowa Heights.

Erected 2010 by Passaic County Board of Chosen Freeholders.

Topics and series. This historical marker is listed in this topic list: War, US Revolutionary. In addition, it is included in the Former U.S. Presidents: #01 George Washington, and the George Washington Slept Here series lists. A significant historical date for this entry is July 1, 1870. 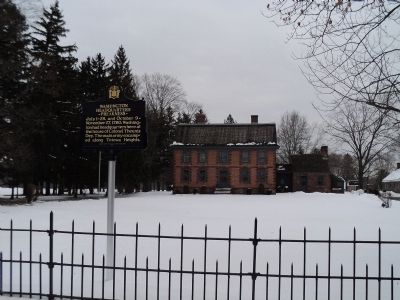 Photographed By Bill Coughlin, January 15, 2011
2. Marker at Dey Mansion
The house which served as Washington's headquarters in 1780 can be seen beyond the marker.

More about this marker. This marker was originally erected at this location 40° 54.907′ N, 74° 13.981′ in front of the mansion facing the road just inside the fence as shown in the photograph. It has been moved to the visitor's center on the mansion's grounds.

Additional commentary.
1.
The marker was moved by Passaic County away from Totowa Road and closer to the mansion and visitor center.
— Submitted June 10, 2019, by Michael La Place of Passaic County, New Jersey. 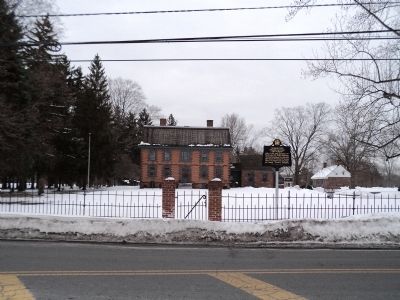 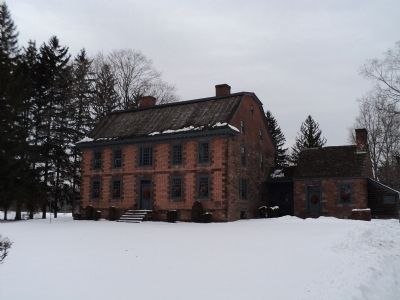 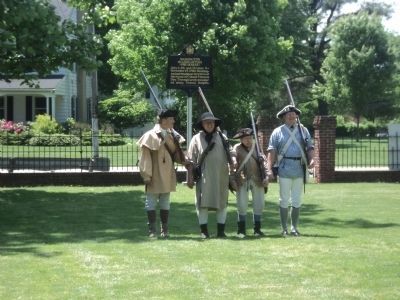 Photographed By Bill Coughlin, May 13, 2014
5. Colontial Troops at Marker 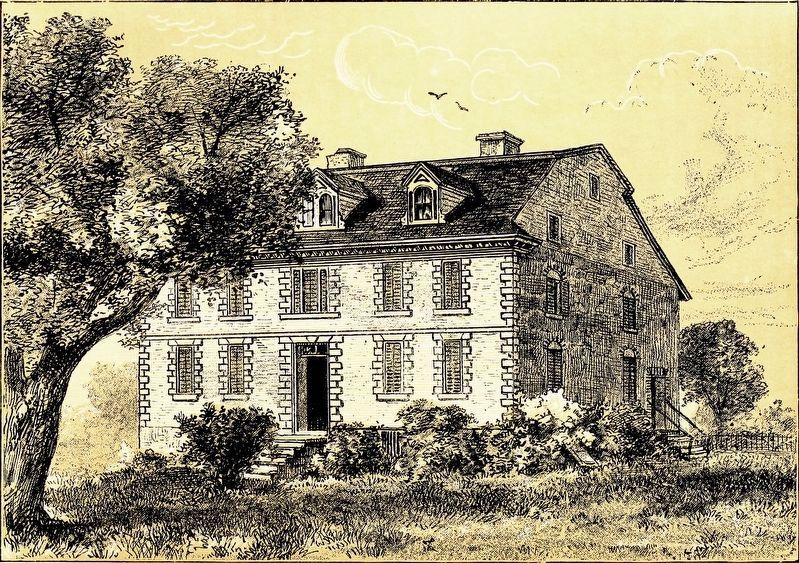 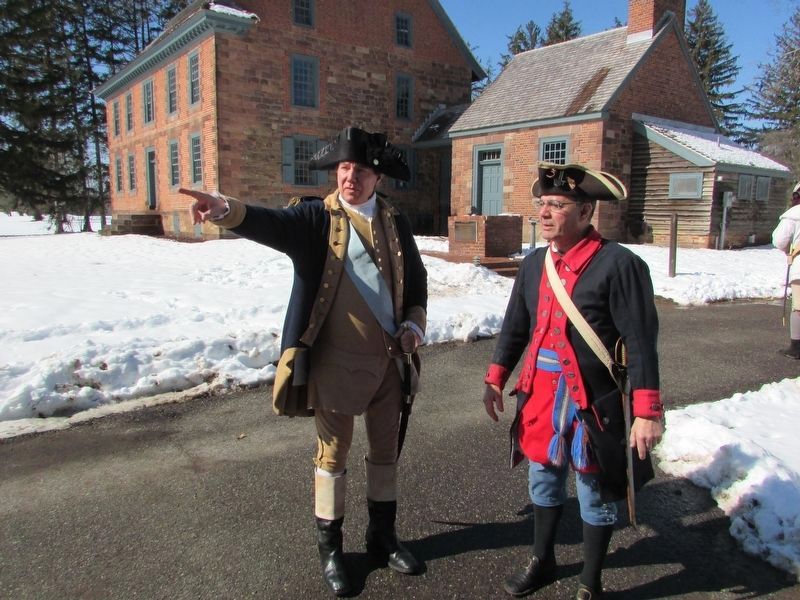