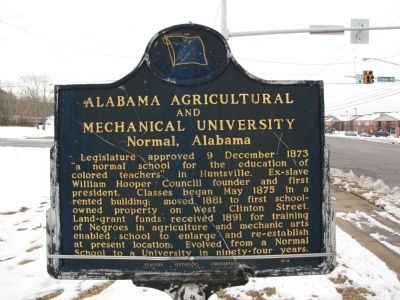 Alabama Agricultural and Mechanical University
Legislature approved 9 December 1873 "a normal school for the education of colored teachers" in Huntsville. Ex-slave William Hooper Councill founder and first president. Classes began May 1875 in a rented building; moved 1881 to first school-owned property on West Clinton Street. Land-grant funds received 1891 for training of Negroes in agriculture and mechanic arts enabled school to enlarge and re-establish at present location. Evolved from a Normal School to a University in ninety-four years. 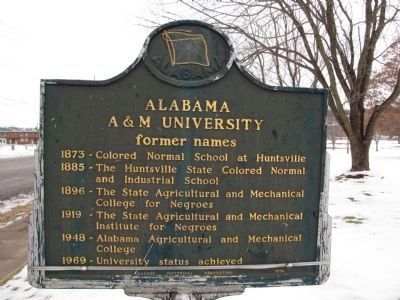 By Lee Hattabaugh, January 15, 2011
2. Alabama A&M University Marker (side 2)
• Education. In addition, it is included in the Historically Black Colleges and Universities series list.

Additional comments.
1. Condition of marker.
Although very legible, the marker has been cracked and is basically 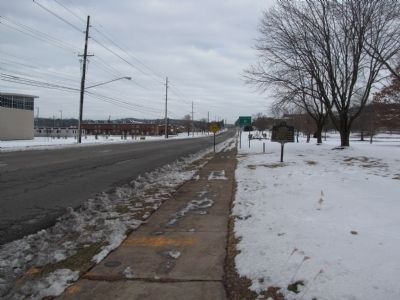 Editor’s want-list for this marker. Photo of the replacement marker. • Can you help?
Share This Page.