Listed in the State Register of Historic Places 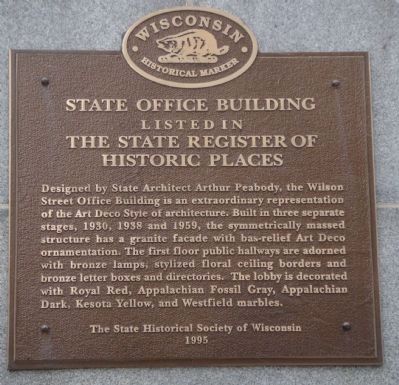 By William J. Toman, January 26, 2011
1. State Office Building Marker
Inscription.
State Office Building. Listed in the State Register of Historic Places. Designed by State Architect Arthur Peabody, the Wilson Street Office Building is an extraordinary representation of the Art Deco Style of architecture. Built in three separate stages, 1930, 1938 and 1959, the symmetrically massed structure has a granite facade with bas-relief Art Deco ornamentation. The first floor public hallways are adorned with bronze lamps, stylized floral ceiling borders and bronze letter boxes and directories. The lobby is decorated with Royal Red, Appalachian Fossil Gray, Appalachian Dark, Kesota Yellow, and Westfield marbles. . This historical marker was erected in 1995 by The State Historical Society of Wisconsin. It is in Madison in Dane County Wisconsin

Erected 1995 by The State Historical Society of Wisconsin.

Topics and series. This historical marker is listed in these topic lists: Government & Politics • Notable Buildings. In addition, it is included in the Art Deco series list. A significant historical year for this entry is 1930.

Location. 43° 4.337′ N, 89° 22.89′ W. Marker is in Madison, Wisconsin, in Dane County. Marker is at the intersection of West Wilson Street and Martin Luther King, Jr. Boulevard, on the left when traveling west on West Wilson 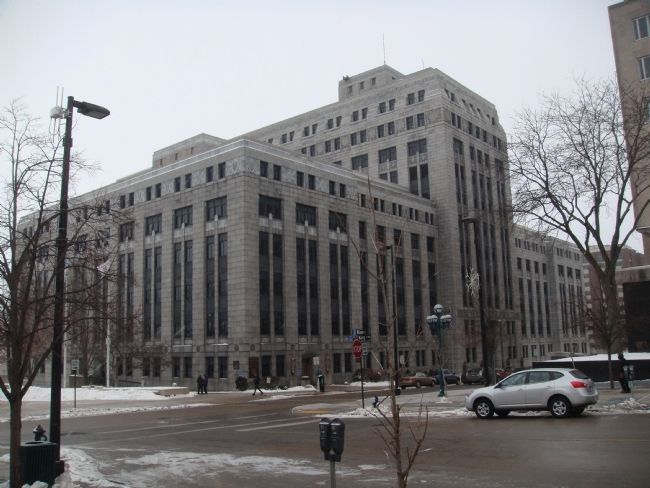 By William J. Toman, January 26, 2011
2. State Office Building
The marker is behind the stop sign on the lower left part of the building.

Click or scan to see
this page online
Street. Touch for map. Marker is at or near this postal address: One West Wilson Street, Madison WI 53703, United States of America. Touch for directions. 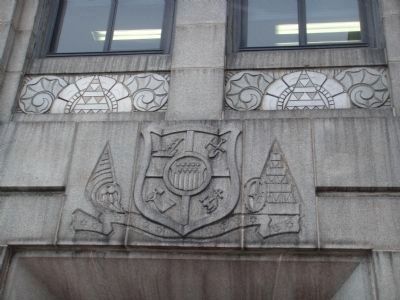 By William J. Toman, January 26, 2011
3. Bas-Relief Art Deco Ornamentation
This ornamentation, including a stylized version of the state coat of arms in the center, is above the side doors. On the shield of the coat of arms are symbols for agriculture (a plow), mining (a pick and shovel), manufacturing (an arm and hammer), and navigation (an anchor). The horn of plenty on the left in the coat of arms symbolizes prosperity and abundance, while the pyramid of lead ingots on the right represents mineral wealth (the gear symbol on the pyramid is not an official part of the coat of arms). 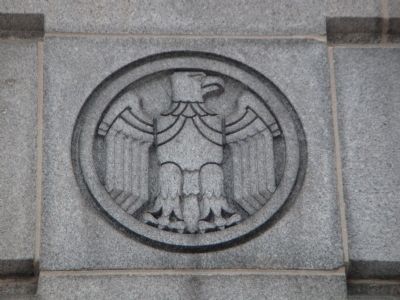 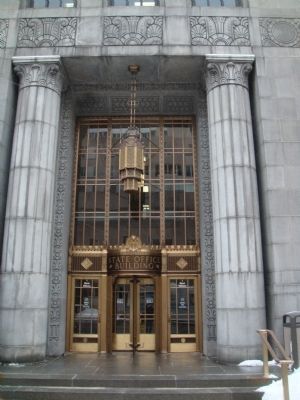 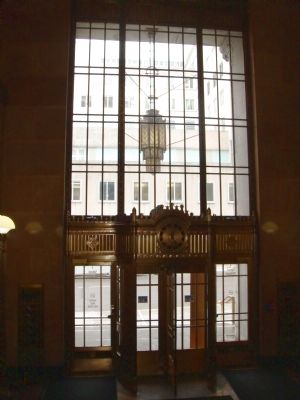 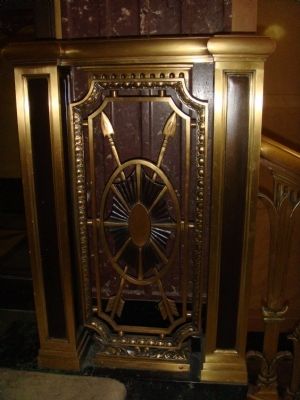 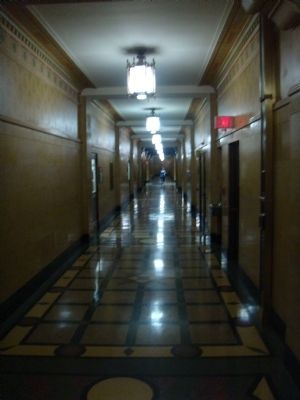 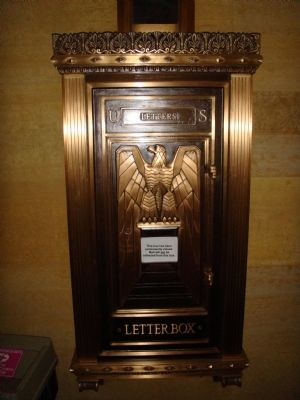 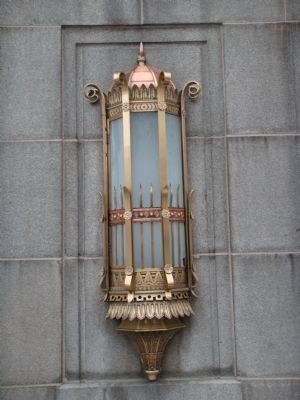 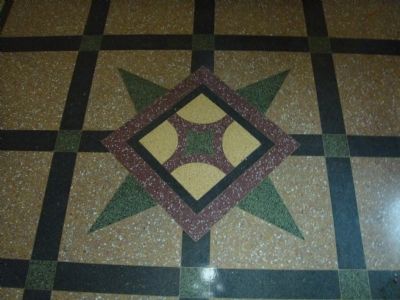 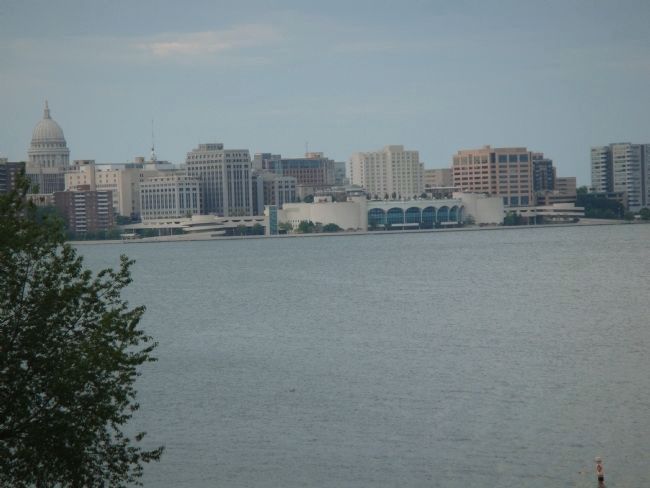