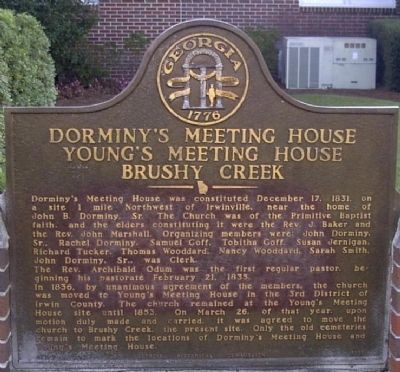 The Rev. Archibald Odum was the first regular pastor, beginning his pastorate February 21, 1835.

Topics and series. This 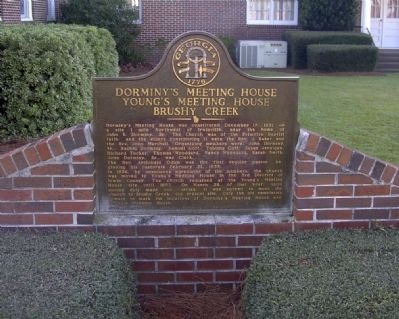 Click or scan to see
this page online
historical marker is listed in these topic lists: Churches & Religion • Settlements & Settlers. In addition, it is included in the Georgia Historical Society series list. A significant historical date for this entry is February 21, 1905.