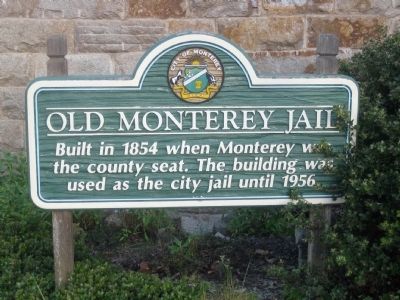 By Andrew Ruppenstein, March 22, 2010
1. Old Monterey Jail Marker
Inscription.
Old Monterey Jail. . Built in 1854 when Monterey was the county seat. The building was used as the city jail until 1956. . This historical marker is in Monterey in Monterey County California

Built in 1854 when Monterey was the county seat. The building was used as the city jail until 1956.

Topics. This historical marker is listed in this topic list: Notable Buildings. A significant historical year for this entry is 1854. 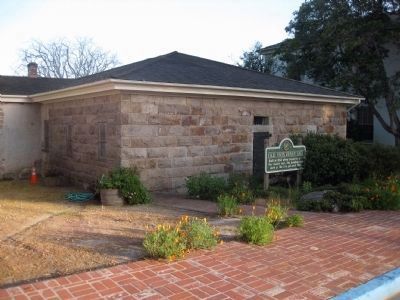 By Andrew Ruppenstein, March 22, 2010
2. Old Monterey Jail and Marker - view from west
From the HABS architectural description: The building is a one-story stone building constructed in 1854, comprising 6 prison cells and 2 administration offices, with a third room in the wing connecting the building with Colton Hall. The stone is rough granite ashlar, cut to uniform height and irregular length, laid up in running bond and left exposed.

More about this marker. The marker is mounted on two poles directly in front of the jail on the Dutra Street (west or back) side of Colton Hall. 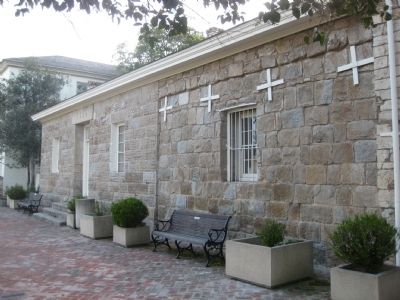 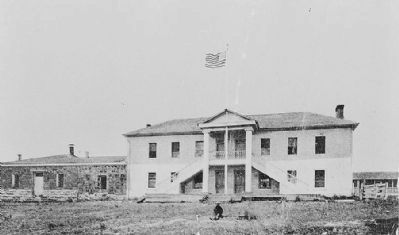