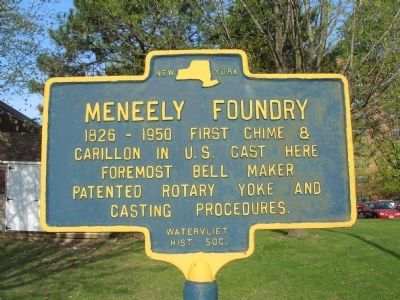 Topics. This historical marker is listed in these topic lists: Industry & Commerce • Notable Buildings. A significant historical year for this entry is 1826.

Location. 42° 43.591′ N, 73° 42.011′ W. Marker is in Watervliet, New York, in Albany County. Marker is on Broadway, on the right when traveling south. The marker is beside the CDTA bus stop, just north of the Watervliet Public Library. Touch for map. Marker is in this post office area: Watervliet NY 12189, United States of America. Touch for directions. 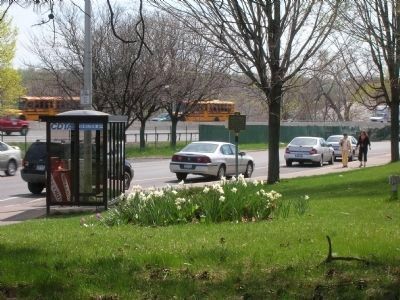 Photographed By Howard C. Ohlhous, April 22, 2008
2. Meneely Foundry Marker
The pedestrians are walking beside Broadway in Watervliet. The yellow school buses in the background are northbound on Interstate 787.

Regarding Meneely Foundry. After the prosperity brought on by the Erie Canal changed West Troy ( now Watervliet) from a rural area into a bustling community with in two decades of its 1825 opening, Andrew Meneely, a native of Scotland, had come to the United States in early 1800's and immediately got a job in the Julius Hanks foundry in Troy. He married Hanks' cousin and convinced Hanks to build a bell foundry in West Troy which in now Watervliet. The plant opened in 1829 and within a decade the West Troy foundry was shipping carillons and bells throughout the country, and even overseas. By the end of the Civil War, the Meneely Bell Co. had earned world renown for its bells. In the course 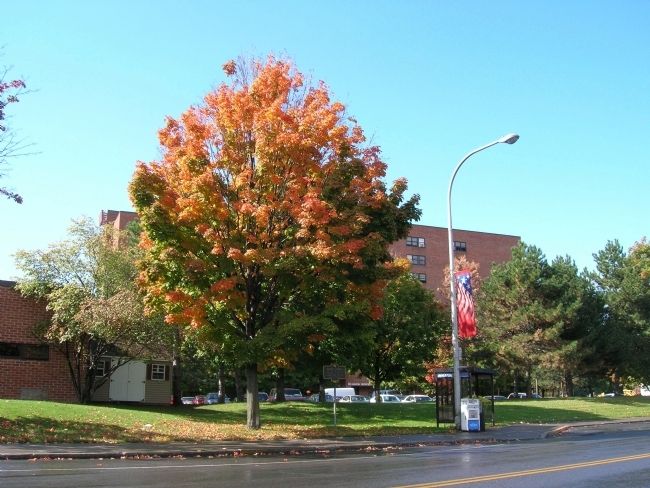 Photographed By Howard C. Ohlhous, October 3, 2008
3. Meneely Foundry Marker
The marker is between the colorful maple tree and the bus stop shelter.
of the Meneely Bell’s 144 year history, its foundry manufactured over 70,000 bells.

After the death of Andrew Meneely in 1851, his sons Edward and George took over the operations and they continued to manufacture bells at a dizzy pace. By the early 1900's Meneely Bells rang in Scotland, France, England, Germany, Australia, India and South America. World War II proved fateful to the Meneely Bell Co., as copper and tin became unusable for non-war operations. Before Meneely could reopen, the Korean War came along to continue a restriction on bell materials.

The foundry's demise became inevitable and in 1954 The Meneely Bell Foundry closed. In 1974 the Watervliet Historical Society tried to save the foundry building that had been idle for 20 years, but the city's urban renewal plans were already complete and the effort failed. In 1975 the building was torn down to make room for downtown development.

The Mayor J. Leo O'Brien Municipal Center which houses the Watervliet Library and the Senior Center is on the site of the former Meneely Bell Foundry. 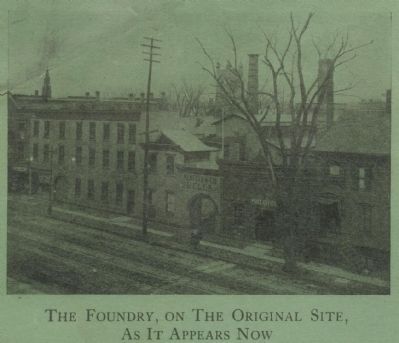 Additional commentary.
1. Andrew Meneely
Andrew Meneely was the son of Andrew James Meneely and Eleanor Cobb Meneely who immigrated from the North of Ireland in 1795. Note To Editor only visible by Contributor and editor
— Submitted December 3, 2010, by Vence Meneely of Shidler, Oklahoma. 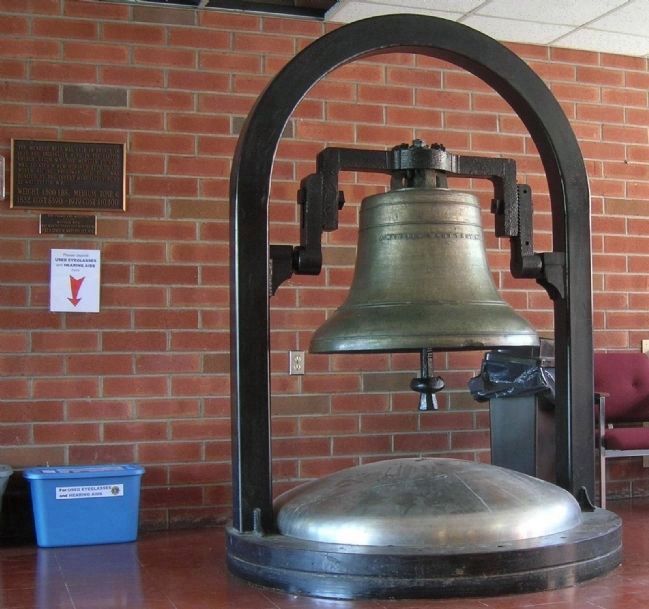 Photographed By Howard C. Ohlhous, April 22, 2008
5. Meneely Foundry Bell
This Meneely bell is on display in the lobby of the Watervliet Public Library. It was cast in bronze in 1832 and originally hung in the Baptist Church, Eaton, NY. The Meneely Foundry was located a few hundred feet to the north of the Watervliet Public Library, facing Broadway. The bell was donated by the Covert Manufacturing Co. of Watervliet. The bell weighs 1300 pounds, has a medium Tone G. In 1832 it cost $390.00. In 1979 the equivalent bell would have cost $10,400.00. The frame and mounting of this bell was manufactured and donated by Fred Streck of Watervliet, NY. 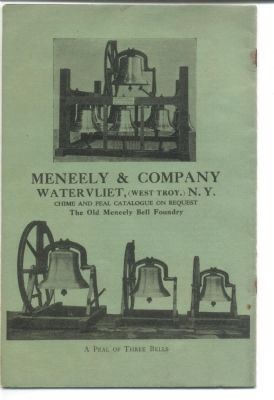 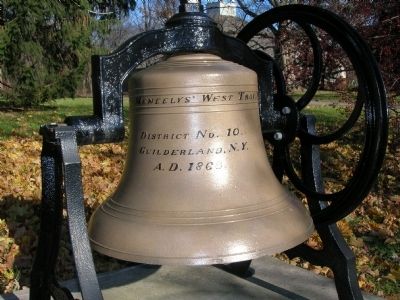 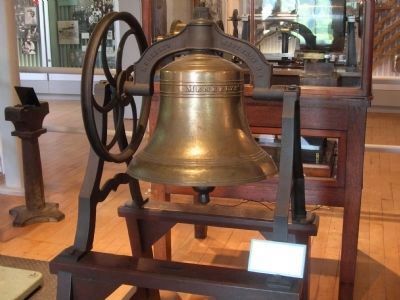 Photographed By Howard C. Ohlhous, May 17, 2008
8. Meneely Foundry Bell
This Meneely Bell is on display in the museum at the Springfield Arsenal in Springfield, MA. The bell was used to warn factory workers before the line shaft was turned on. The line shaft powered the belts and pulleys and machine shop equipment. 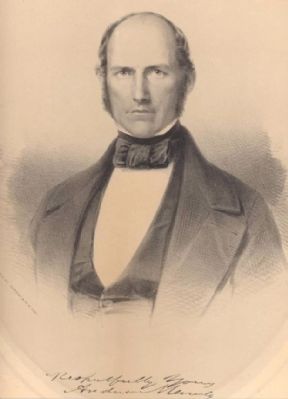