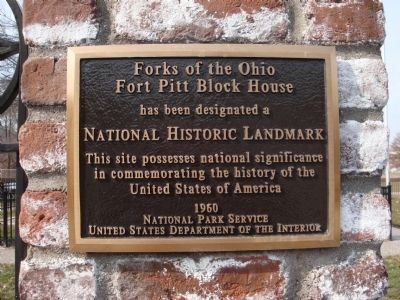 Other nearby markers. At least 8 other markers are within walking distance of this marker. Forbes Road (a few steps from this marker); Wall Section Through Rampart of Fort Pitt 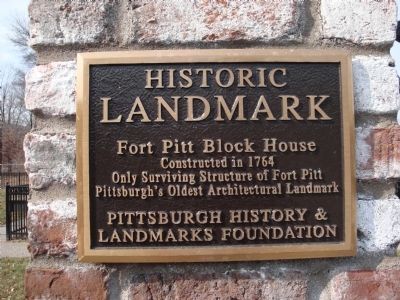 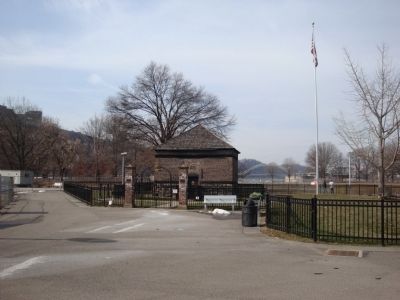 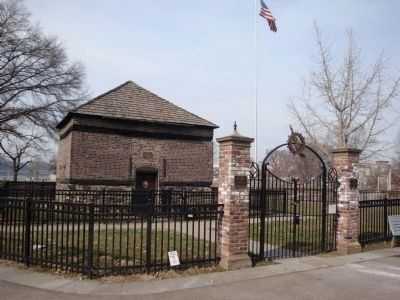 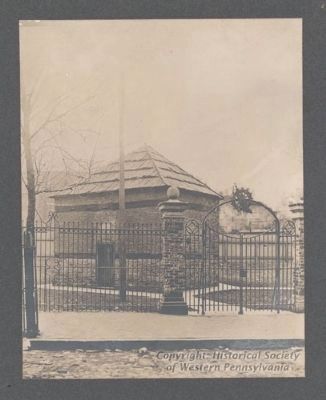 By Unknown, circa 1914
5. Bouquet's Redoubt/Blockhouse
Frontal exterior view of Fort Pitt Blockhouse Notes: A redoubt is a small, often temporary defensive fortification. Bouquet's redoubt is the last remaining redoubt of five built in 1764 and is one of the last vestiges of 18th century buildings in Pittsburgh. Courtesy: Historical Society of Western Pennsylvania 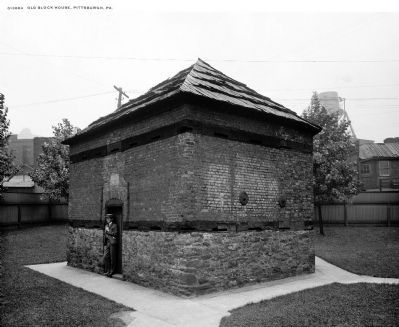 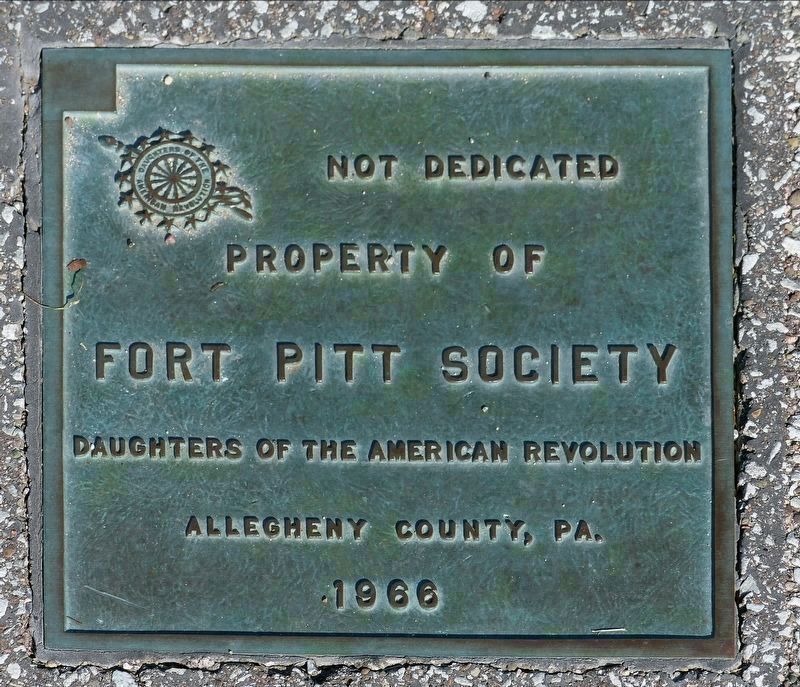 By Allen C. Browne, October 15, 2016
7. Not Dedicated
Property of
Fort Pitt Society
Daughters of the American Revolution
Allegheny county, PA.
1966
This oddly worded plaque in the sidewalk in front of the Fort Pitt Blockhouse indicates that the blockhouse does not belong to Point State Park but to the Fort Pitt Society of the Pittsburgh Chapter of the DAR. There are 4 of them, marking the corners of the DAR property. 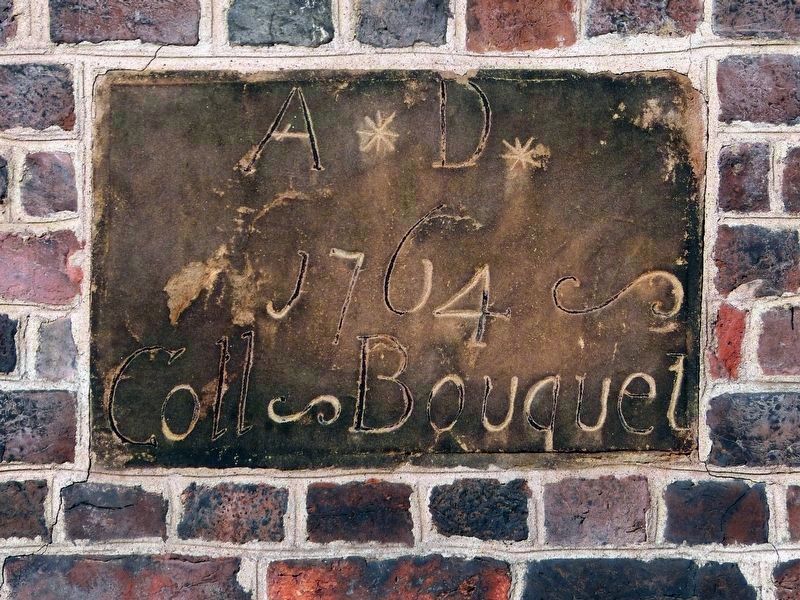 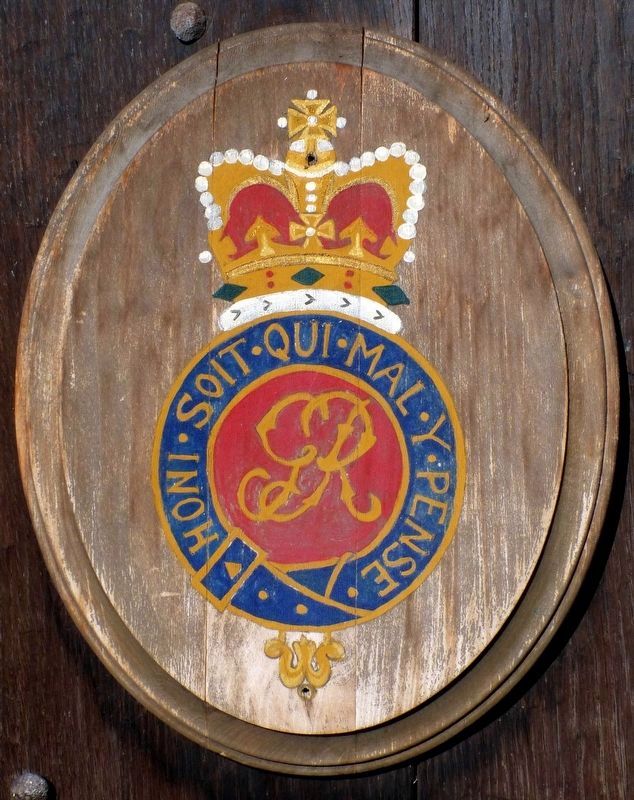 By Allen C. Browne, October 15, 2016
9. Royal Seal
on the door of the Blockhouse
Honi soit qui mal y pense
"Shame on whosoever would think badly of it," 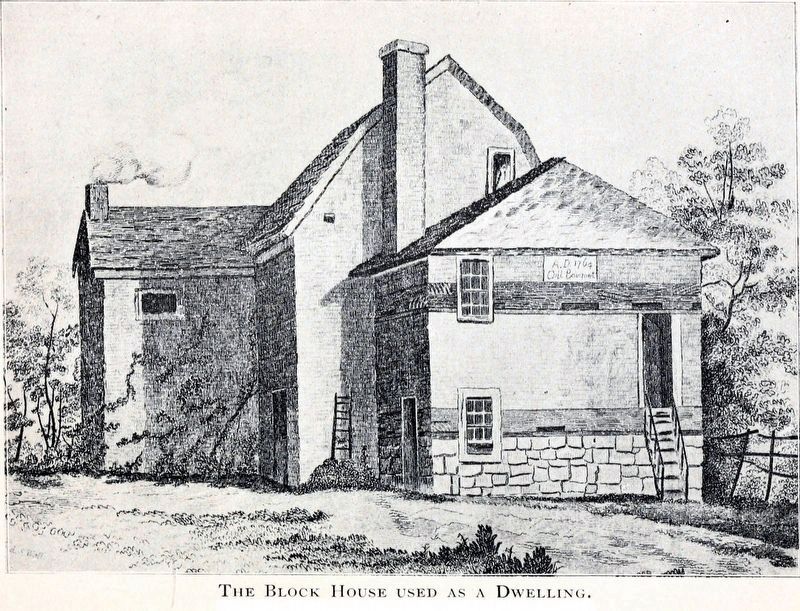 Internet Archive
10. The Blockhouse Used as a Dwelling
Around 1795 the Blockhouse was incorporated into a dwelling house and remained so until 1894 when the property came to the DAR as a gift from Mary Schenley, "Pittsburgh's Fairy Godmother." Before the blockhouse became DAR property, the "Coll. Bouquet, 1764" plaque (visible in this image) was removed and installed in the wall of the staircase of City Hall. The DAR successfully petitioned the Council for the return of the plaque to its current location.
Image from Fort Duquesne and Fort Pitt, 1899 by the Pittsburgh DAR. 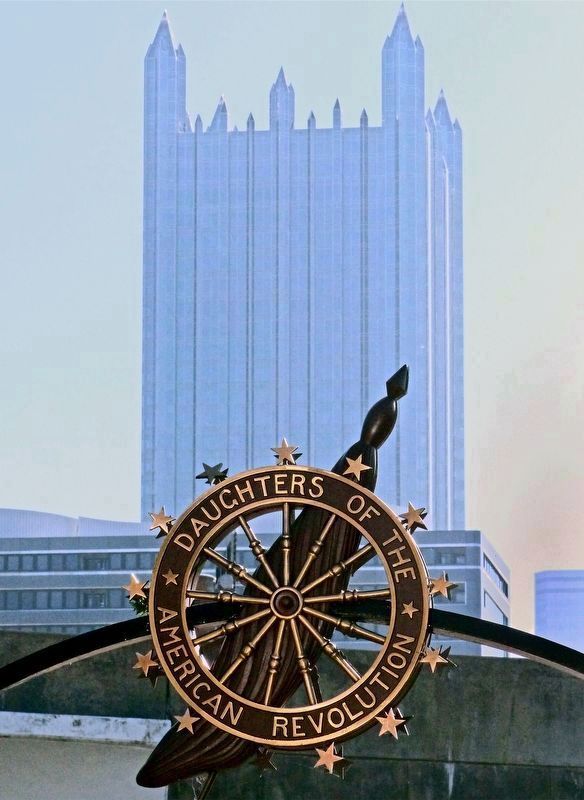 By Allen C. Browne, October 15, 2016
11. DAR Emblem
on the Blockhouse Fence
PPG Building Behind
More. Search the internet for Forks of the Ohio Fort Pitt Blockhouse.