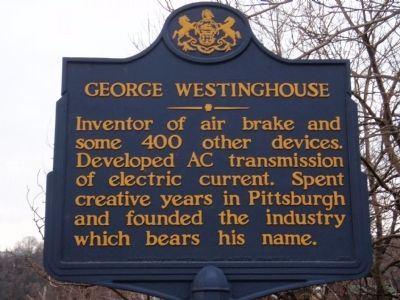 By Mike Wintermantel, March 4, 2011
1. George Westinghouse Marker
Inscription.
George Westinghouse. . Inventor of air brake and some 400 other devices. Developed AC transmission of electric current. Spent creative years in Pittsburgh and founded the industry which bears his name. . This historical marker was erected in 1948 by Pennsylvania Historical and Museum Commission. It is in East Pittsburgh in Allegheny County Pennsylvania

Inventor of air brake and some 400 other devices. Developed AC transmission of electric current. Spent creative years in Pittsburgh and founded the industry which bears his name.

Location. 40° 23.688′ N, 79° 50.321′ W. Marker is in East Pittsburgh, Pennsylvania, in Allegheny County. Marker is on Lincoln Highway (U.S. 30) 0.1 miles south of Center Street, on the right when traveling east. Located north of the Westinghouse Bridge. Touch for map. Marker is in this post office area: East Pittsburgh PA 15112, United States of America. Touch for directions. 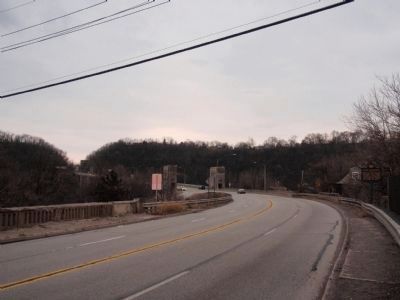 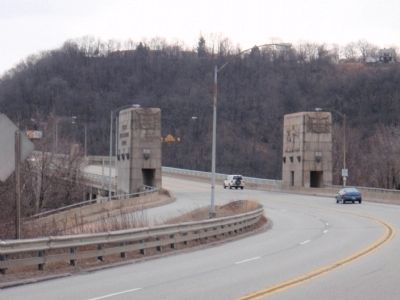 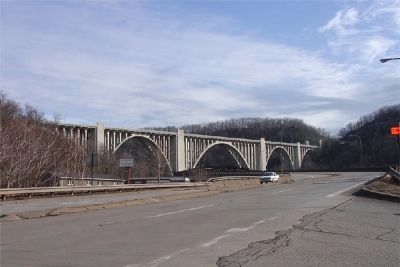 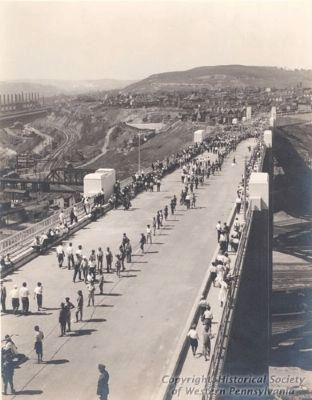 By Unknown, 1932
5. Opening of the George Westinghouse Memorial Bridge carrying U.S. Route 30 over Turtle Creek Valley
The bridge was designed by George S. Richardson and completed in 1932. At the time of its construction, it became the nation's largest reinforced concrete bridge. The central arch stretches 460 feet and rises 200 feet above the ground. There are currently over 1900 bridges existing in Allegheny Country, the Westinghouse bridge is the highest. 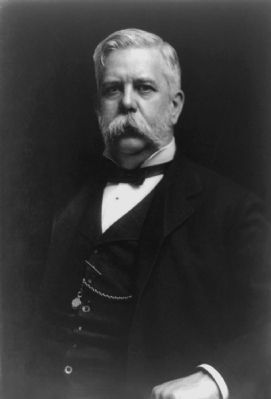