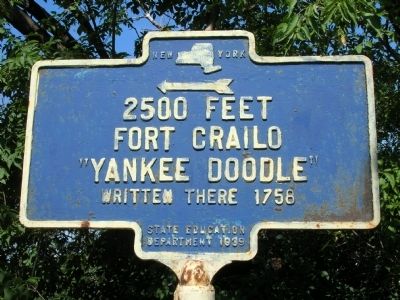 Topics and series. This historical marker is listed in these topic lists: Arts, Letters, Music • Forts or Castles. In addition, it is included in the National Historic Landmarks series list.

Other nearby markers. At least 8 other markers are within walking distance of this marker. Gen. Henry Knox Trail (approx. 0.3 miles away); Trade Partners Along the Hudson (approx. 0.4 miles away); a different marker also named Fort Crailo (approx. 0.6 miles away); Fort Van Nassau (approx. ¾ mile away); Glenn Curtiss Flight (approx. 0.8 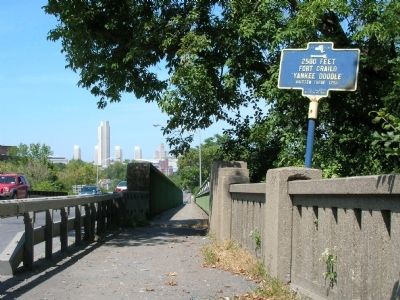 Regarding Fort Crailo.
Yankee Doodle
Yankee Doodle went to town
A-riding on a pony
Stuck a feather in his hat
And called it macaroni.

Yankee Doodle, keep it up
Yankee Doodle dandy
Mind the music and the step
And with the girls be handy.
‘Yankee Doodle’ tune traced to Fort Crailo British physician’s song poked fun at militia 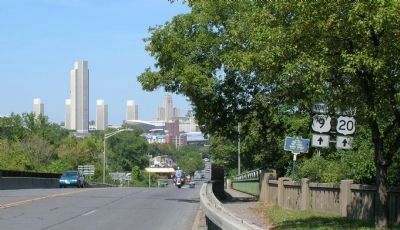 By Howard C. Ohlhous, September 2, 2008
3. Fort Crailo Marker
Headed west along Routes 9 and 20, with the tall buildings of the Empire State Plaza across the Hudson river in Albany in the distance.
farm was named after the Van Rensselaer's estate in the Netherlands, variously spelled Crayloo or Cralo in the 17th century, and meaning "crows' wood" in Dutch. Crailo was built in the early 18th century by Hendrick Van Rensselaer, grandson of the First Patroon. Hendrick died in 1740 and his eldest son, Johannes, inherited Crailo. He remodeled the house and added an east wing in the Georgian style, reflecting the increasing influence of the English on the Albany-area Dutch.In the late 18th century, Crailo was remodeled in the Federal style. It served as a boys' boarding school in the 1840s and later as a church rectory. Each new venture brought more changes to the structure. In 1924 Crailo was donated to New York State for development as a museum.Crailo today tells the story of the early Dutch inhabitants of the upper Hudson Valley through exhibits highlighting archeological finds from the Albany Fort Orange excavations, special programs, and guided tours of the museum. (Submitted on March 10, 2011, by Howard C. Ohlhous of Duanesburg, New York.) 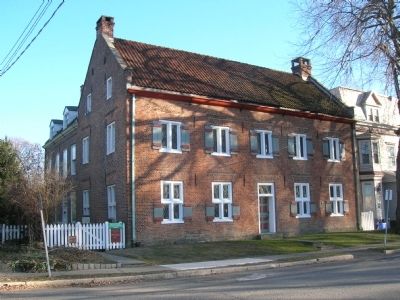 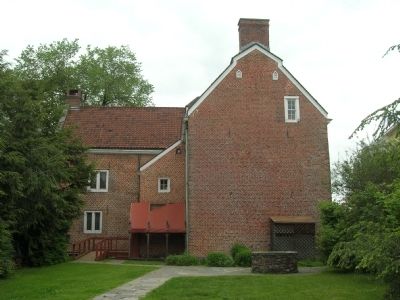 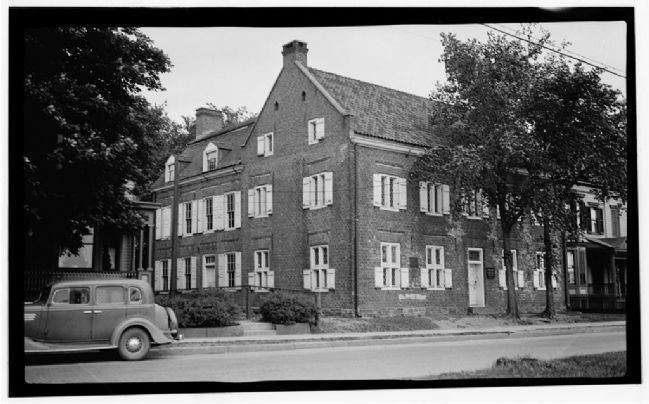 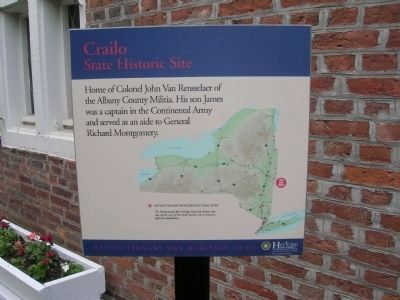 By Howard C. Ohlhous, May 19, 2008
7. Fort Crailo Marker
Crailo State Historic Site - Home of Colonel John Van Rensselaer of the Albany County Militia. His son James was a captain in the Continental Army and served as an aide to General Richard Montgomery. -
Revolutionary War Heritage Trail 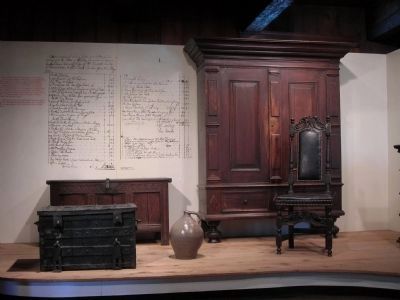 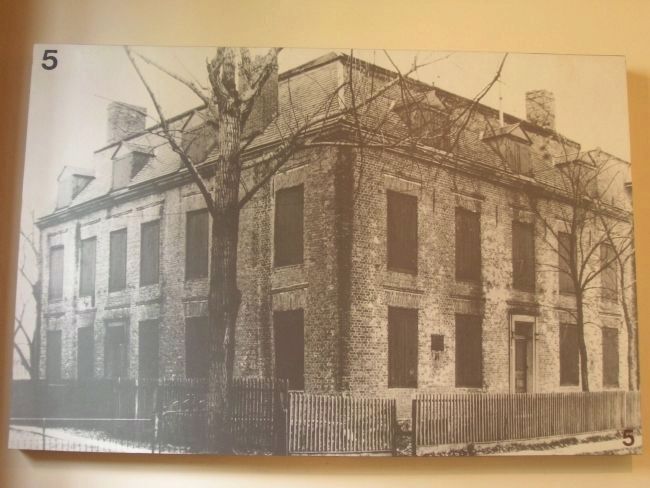 By Howard C. Ohlhous, June 19, 2008
9. Fort Crailo Circa 1920
This photo is on display inside at Fort Crailo. Susan de Lancy Van Rensselaer Stong, a descendant of Hendrick Van Rensselaer, purchased the property in a state of disrepair in 1899. She fixed up the building by putting on a new roof, and boarded up the windows and planned to have it used "as a museum for colonial and revolutionary relics." For twenty-five years she attempted to interest various private historical agencies in the project. Failing in this she donated the house to New York State in 1924.
The State began alterations in 1929, with the installation of a new front door an exterior cellar door, and stairs. In 1932, a decision was made to restore the building. The main house was reconstructed to what was believed to have been the appearance of a Dutch colonial house of 1660. the roof, windows, and interior were all extensively altered. The interior of the east wing was rremoved and rebuilt, but with fewer changes than the original building.
Examination of existing colonial Dutch houses and reassessment of 17th- and 18th - century documents indicate that many of the restoration efforts at Crailo in the 1930s were in accurate. Because very little original fabric remains, therefore it would be misleading to portray Crailo as a historic house of a particular period. Instead, the building is used as a museum, with exhibits illustrating aspects of the colonial Dutch culture that characterized the Hudson River Valley during the many years that the Van Rensselaers maintained the Crailo farm at Greenbush. 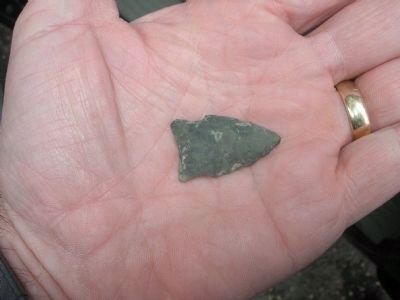