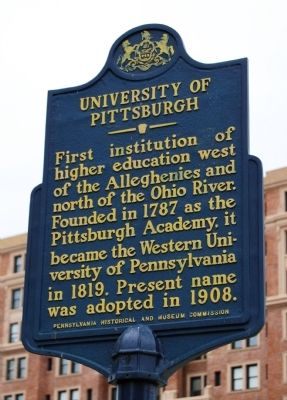 First institution of higher education west of the Alleghenies and north of the Ohio River. Founded in 1787 as the Pittsburgh Academy, it became the Western University of Pennsylvania in 1819. Present name was adopted in 1908.

Topics and series. This historical marker is listed in this topic list: Education. In addition, it is included in the Pennsylvania Historical and Museum Commission series list. A significant historical year for this entry is 1787. 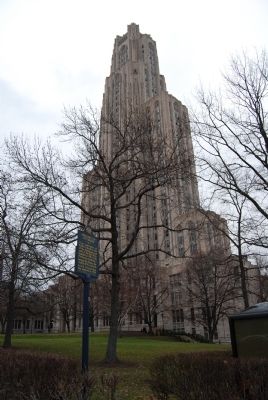 By Mike Wintermantel, March 13, 2011
2. University of Pittsburgh Marker and The Cathedral of Learning 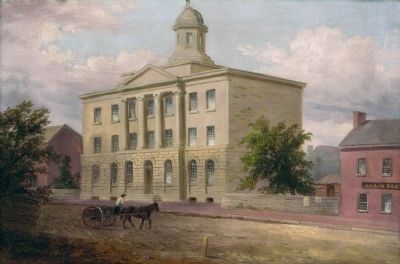