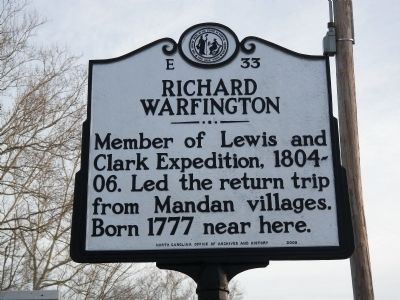 By John Zadrozny, March 20, 2011
1. Richard Warfington Marker
Inscription.
Richard Warfington. . Member of Lewis and Clark Expedition, 1804-06. Led the return trip from Mandan villages. Born 1777 near here. . This historical marker was erected in 2009 by North Carolina Office of Archives and History. It is in Louisburg in Franklin County North Carolina

Member of Lewis and Clark Expedition, 1804-06. Led the return trip from Mandan villages. Born 1777 near here.

Topics and series. This historical marker is listed in this topic list: Exploration. In addition, it is included in the Lewis & Clark Expedition series list. A significant historical year for this entry is 1777.

Location. 36° 5.834′ N, 78° 18.138′ W. Marker is in Louisburg, North Carolina, in Franklin County. Marker is on S. Main Street just north of Seaboard Street, on the right when traveling south. Touch for map. Marker is in this post office area: Louisburg NC 27549, United States of America. Touch for directions. 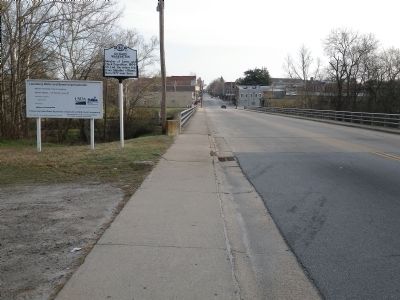 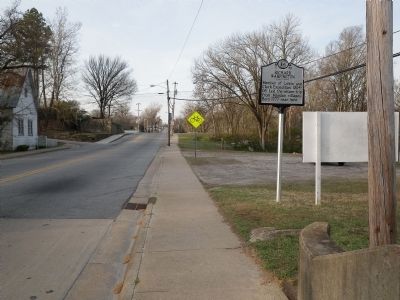