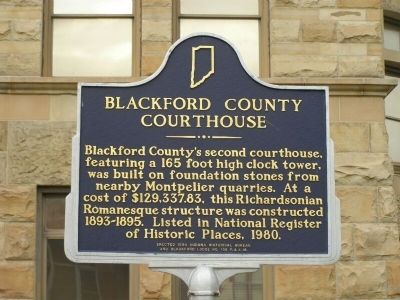 Blackford County's second courthouse, featuring a 165 foot high clock tower, was built on foundation stones from nearby Montpelier quarries. At a cost of $129,337.83, this Richardsonian Romanesque structure was constructed 1893-1895. Listed in National Register of Historic Places, 1980.

Topics and series. This historical marker is listed in this topic list: Charity & Public Work. In addition, it is included in the Indiana Historical Bureau Markers series list. 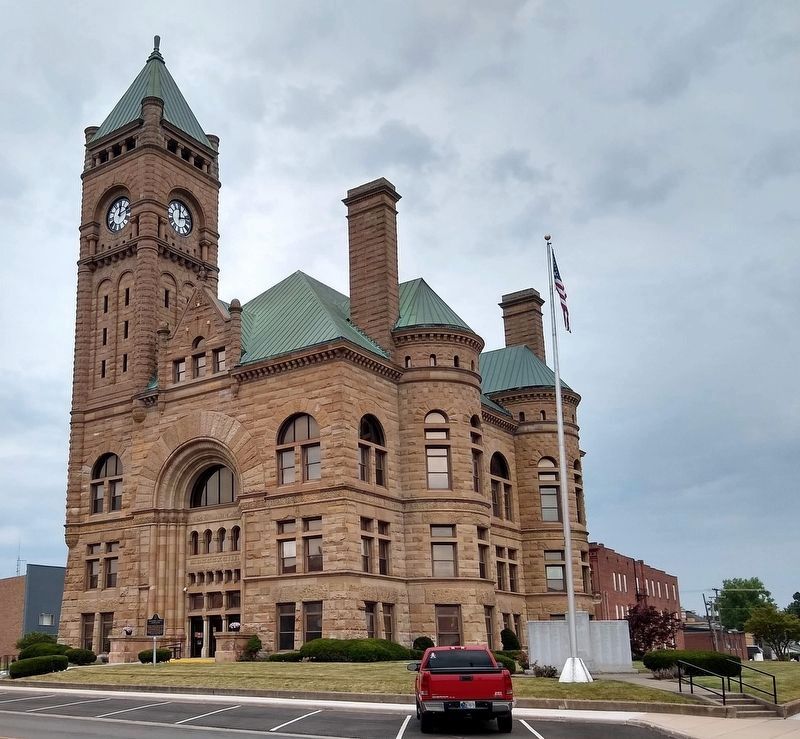 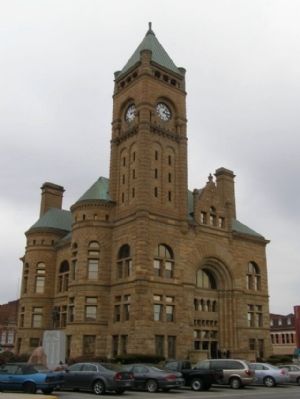 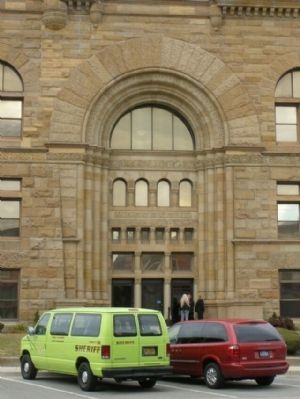