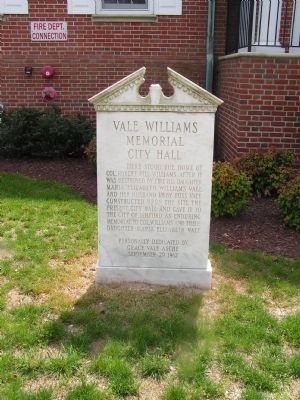 By Nate Davidson, April 21, 2011
1. Vale-Williams Memorial City Hall Marker
Inscription.
Vale-Williams Memorial City Hall. . Here stood the home of Col. Robert Hill Williams. After it was destroyed by fire his daughter Maria Elizabeth Williams Vale and her husband Ruby Ross Vale constructed upon the site the present City Hall and gave it to the City of Milford - an enduring memorial to Col. Williams and their daughter Maria Elizabeth Vale. . This historical marker was erected in 1962 by Personally dedicated by Grace Vale Asche. It is in Milford in Sussex County Delaware 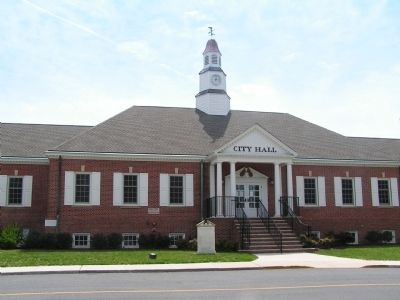