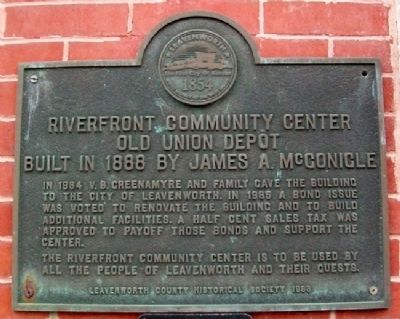 In 1984 V.B. Greenamyre and family gave the building to the City of Leavenworth. In 1985 a bond issue was voted to renovate the building and to build additional facilities. A half cent sales tax was approved to payoff those bonds and support the center.

The Riverfront Community Center is to be used by all the people of Leavenworth and their guests. 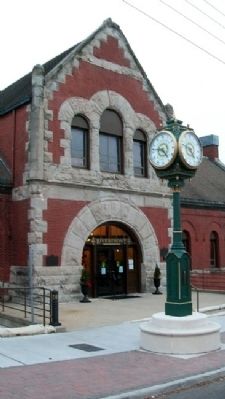 Also see . . .
1. Riverfront Community Center. (Submitted on May 2, 2011, by William Fischer, Jr. of Scranton, Pennsylvania.)
2. Leavenworth County Historical Society. This is the webpage of the organization that placed the marker. (Submitted on July 29, 2012, by Thomas Onions of Olathe, Kansas.) 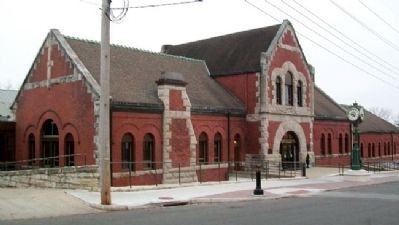