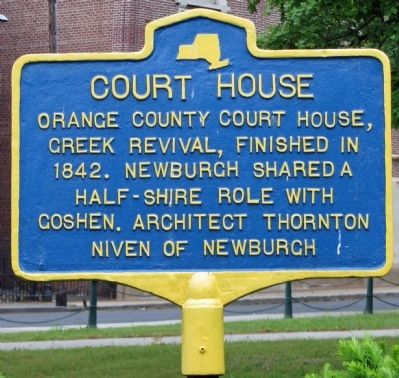 Regarding Court House. Office of the City of Newburgh Historian occupies the first floor. 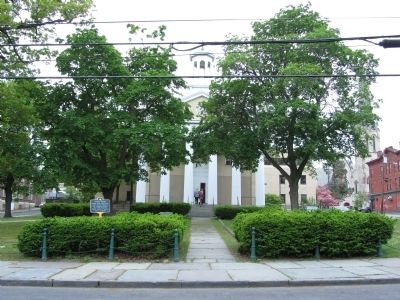 By Clifton Patrick, May 14, 2011
2. Court House (Marker in foreground, left of walk)
twin to this building survives in at 101 Main Street in Goshen, NY and houses the Office of Orange County Historian and the Orange County Genealogical Society.