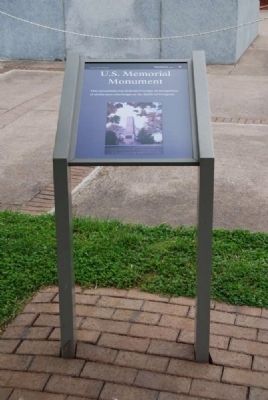 This monument was dedicated in 1932 in recognition of all the men who fought at the Battle of Cowpens.

Location. 35° 8.209′ N, 81° 49.083′ W. Marker is in Gaffney, South Carolina, in Cherokee County. Marker can be reached from Piedmont Road. Marker is located a few feet west of the U.S. Monument, near the park's visitor's center. Touch for map. Marker is in this post office area: Gaffney SC 29341, United States of America. Touch for directions.

Other nearby markers. At least 10 other markers are within walking distance of this marker. Battle of Cowpens Monument (here, next to this marker); The Battle of Cowpens: Prelude to Victory (within shouting distance of this marker); Race to the Dan River (was about 600 feet away, measured in a direct line but has been reported missing. ); Morgan's Flying Army (about 600 feet away); a different marker also named Race to the Dan River (about 800 feet away); The Overmountain Victory National Historic Trail (was approx. 0.2 miles away but has 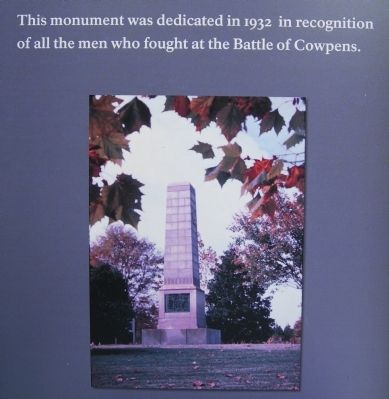 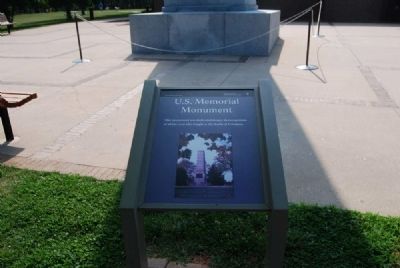 By Brian Scott, May 9, 2011
3. U.S. Memorial Monument Marker
on the north and south faces of the monument and commemorative plaques on the east and west faces. (Source: Cowpens National Battlefield National Register Nomination Form.)
— Submitted May 26, 2011, by Brian Scott of Anderson, South Carolina. 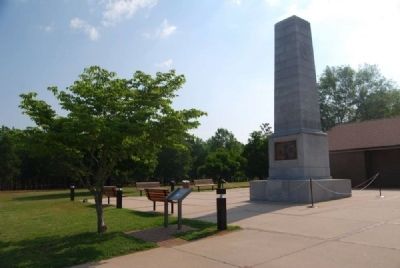 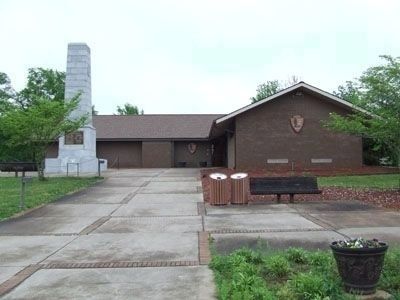 By Stanley and Terrie Howard, September 6, 2010
5. Visitor's Center and Battle of Cowpens Marker 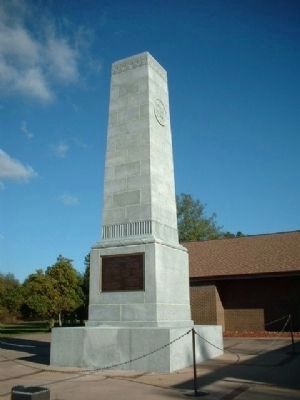