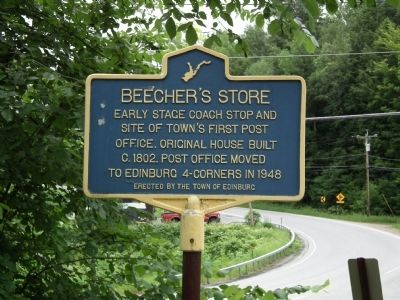 Erected by Town of Edinburg.

Topics. This historical marker is listed in this topic list: Settlements & Settlers. A significant historical year for this entry is 1802. 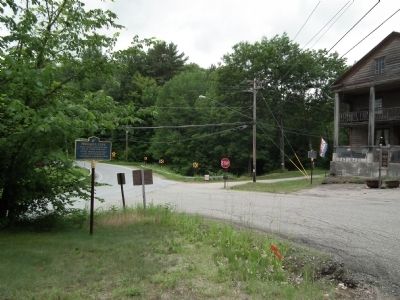 By Kevin Craft, June 25, 2011
2. Beecher's Store Marker
Barker's Store marker can be seen across the street