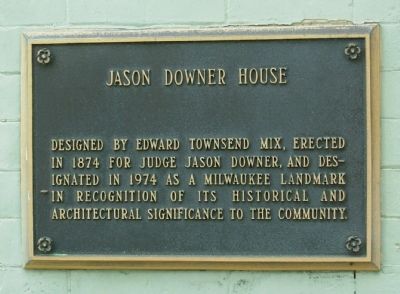 Designed by Edward Townsend Mix, erected in 1874 for Judge Jason Downer, and designated in 1974 as a Milwaukee landmark in recognition of its historical and architectural significance to the community.

Erected 1974 by Landmarks Commission of the City of Milwaukee. 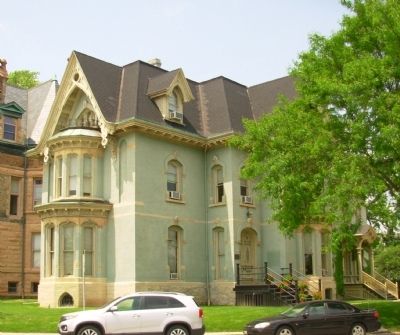 Photographed By Paul Fehrenbach, June 27, 2011
2. Jason Downer House Marker
marker is to the left of the stairway leading to the door

Regarding Jason Downer House. The house is home to Symmetry Corporation 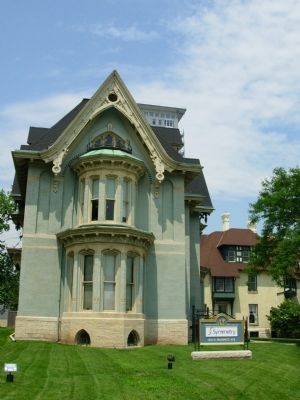