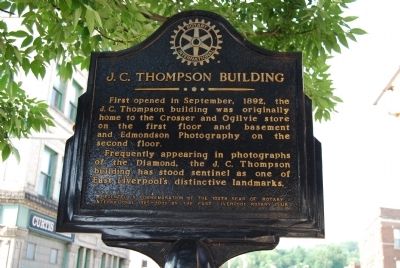 First opened in September, 1892, the J.C. Thompson building was originally home to the Crosser and Ogilvie store on the first floor and basement and Edmondson Photography on the second floor. Frequently appearing in photographs of the Diamond, the J. C. Thompson building has stood sentinel as one of East Liverpool's distinctive landmarks. 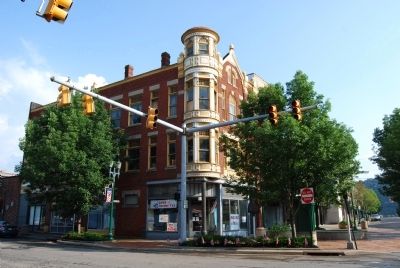 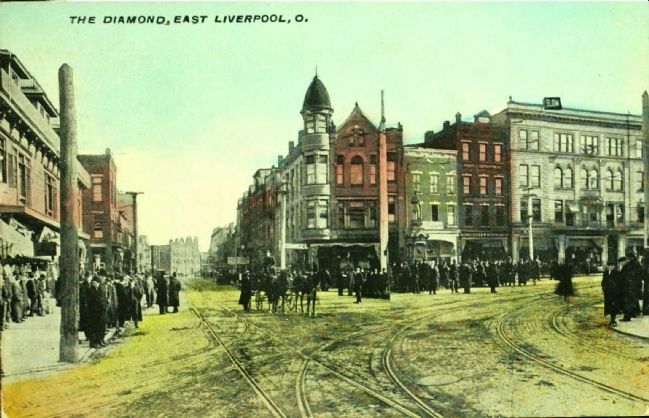