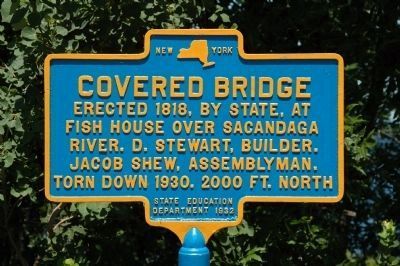 Topics and series. This historical marker is listed in these topic lists: Bridges & Viaducts • Notable Buildings. In addition, it is included in the Covered Bridges series list. A significant historical year for this entry is 1818. 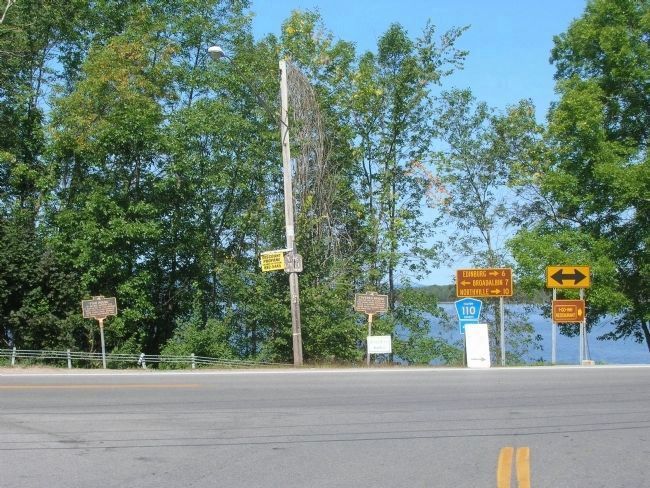 Regarding Covered Bridge. Completed in 1818, the Fish House Covered Bridge was considered the best-designed and best-constructed bridge in upstate New York. The massive 380 foot long double-barrel (two separate traffic lanes) bridge was constructed with wooden arches made from solid timbers over 100 feet in length. It has not been determined whether these were bent into the arch shape while they were green timbers or steamed later. The bridge remained in excellent condition for 112 years. The marker states the bridge was torn down, yet other sources state that the bridge was taken by the rising waters of the Sacandaga reservoir. Other bridges had been burned in the valley before the reservoir was filled.

Also see . . .
1. Sacandaga Valley Photo - Prior to Flooding. The Sacandaga Valley in 1929 showing the valley all cleared out but not yet flooded. The Fish House covered bridge is in the background. (Submitted on July 10, 2011, by Howard C. Ohlhous of Duanesburg, New York.) 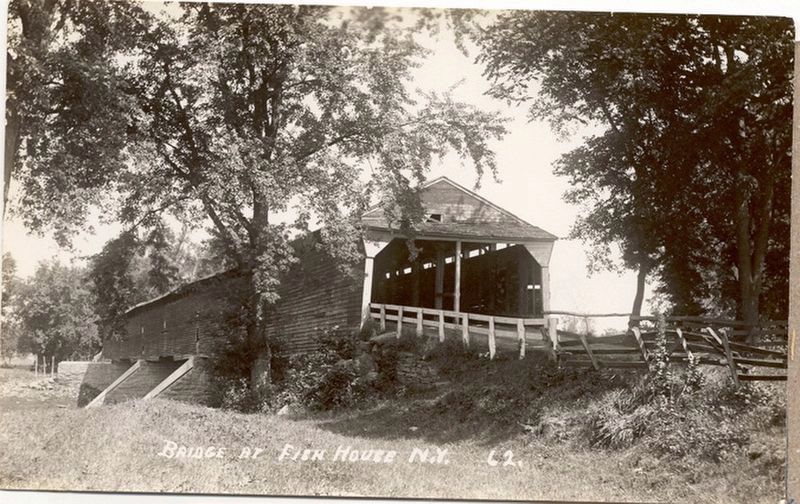 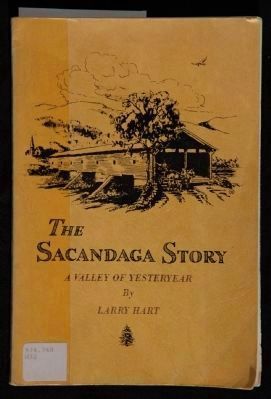 Photographed By Howard C. Ohlhous, July 14, 2011
4. The Sacandaga Story
The Sacandaga Story - A Valley of Yesteryear " written by long time newspaper man and Schenectady City and County Historian, the late Larry Hart. His book, © 1967, is about the towns and the Sacandaga Valley wiped out by the creation of the Sacandaga Reservoir, offically renamed The Great Sacandaga Lake on August 29, 1968. The bookcover drawing, "Fish House Bridge", by Walter J. Reagles, shows a romantic image of the Fishouse Covered Bridge, with three stone piers supporting the bridge. Photos of the bridge show only two piers. 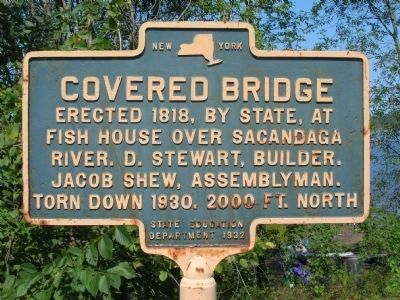