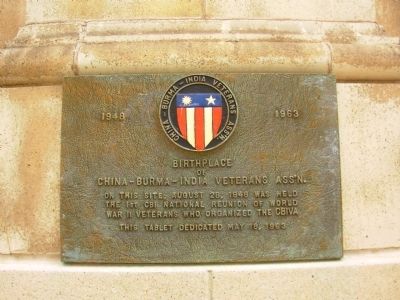 This tablet dedicated May 18, 1963 . This historical marker was erected in 1963 by China-Burma-India Veterans Ass'n.. It is in Milwaukee in Milwaukee County Wisconsin

On this site, August 28, 1948 was held the 1st CBI National reunion of World War II veterans who organized the CBIVA 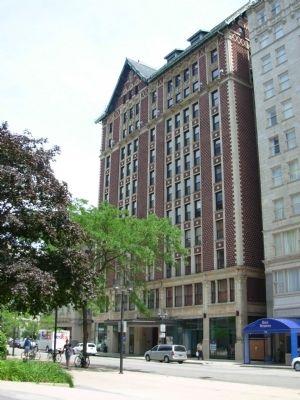 By Paul Fehrenbach, July 15, 2011
2. Birthplace of China-Burma-India Veterans Ass'n. Marker
Marker is located on the northwest corner (far left hand side) of the Hotel Wisconsin building.
(about 800 feet away); First African-American Church Built in Wisconsin (about 800 feet away); Carl Frederick Zeidler (approx. 0.2 miles away); Father Marquette's Camp - 1674 (approx. 0.2 miles away). Touch for a list and map of all markers in Milwaukee.