Photographed By William J. Toman, August 2, 2011
1. Plough Inn Marker
Inscription.
Plough Inn. .
Tract entered at U.S. Land Office 1836 Plough Inn Stage Coach Stop and Tavern One of the oldest existing houses in Madison. . This historical marker was erected in 1973 by the John Bell Chapter of NSDAR. It is in Madison in Dane County Wisconsin

Erected 1973 by the John Bell Chapter of NSDAR.

Topics and series. This historical marker is listed in these topic lists: Notable Buildings • Settlements & Settlers. In addition, it is included in the Daughters of the American Revolution (DAR) series list. A significant historical year for this entry is 1836. 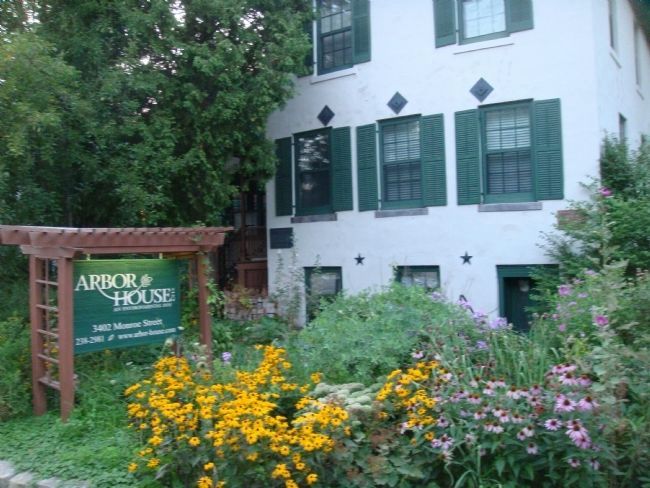 Photographed By William J. Toman, August 2, 2011
2. Plough Inn Marker
The marker is on the right front corner of the inn, behind the bushes. The sign on the left is for the current occupant, the Arbor House, an environmental inn. 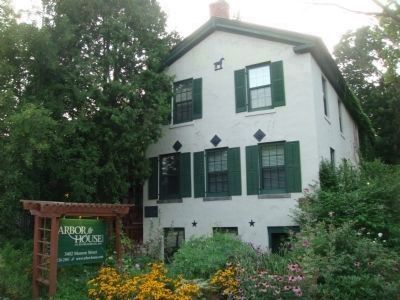