[Front]
Established 1796 named in honor of
Landon Carter
Treasurer of Washington and Hamilton Districts. Speaker of the first State of Franklin Senate, later its Secretary of State, also Lieutenant Colonel of the Washington District Militia.

[Reverse]
Established 1777 named in honor
George Washington
Colonel in the Colonial Army; Commander-in-Chief of the Revolutionary Army and first President of the United States of America.

Topics and series. This historical marker is listed in this topic list: Political Subdivisions. In addition, it is included in the Tennessee Historical Commission series list. A significant historical year for this entry is 1796. 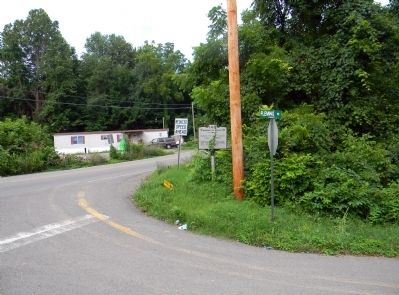