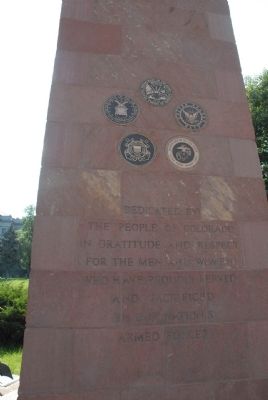 Dedicated by the people of Colorado in gratitude and respect for the men and women who have proudly served and sacrificed in our nation’s armed forces.

Location. 39° 44.354′ N, 104° 59.149′ W. Marker is in Denver, Colorado, in Denver County. Marker can be reached from Lincoln Street. Located at western entrance to the State Capitol Building. Touch for map. Marker is in this post office area: Denver CO 80203, United States of America. Touch for directions. 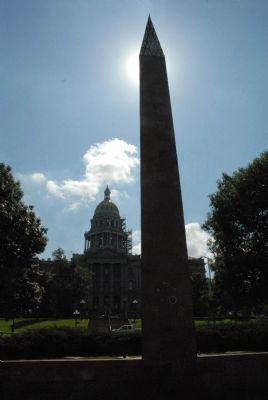