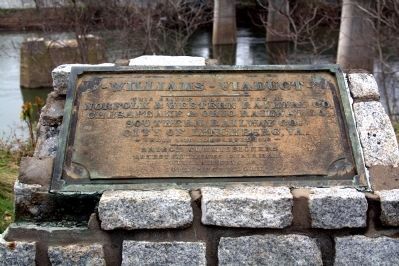 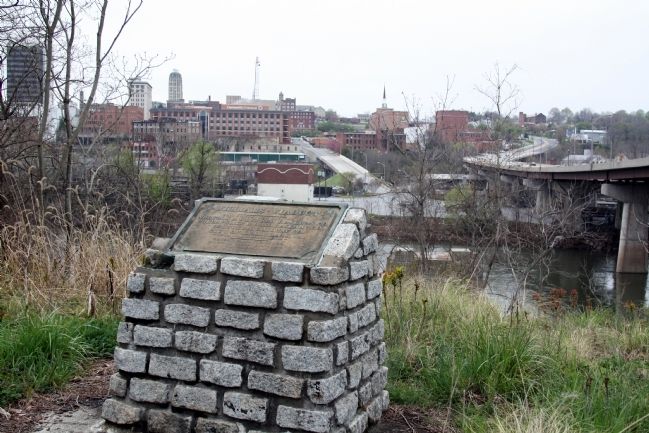 More about this marker. Marker was probably originally on the bridge, and put here on the concrete and stone pedestal after it was demolished.

Regarding Williams Viaduct. The Williams Viaduct was demolished in 1988, replaced by the John Lynch Bridge in use today. It carried U.S. 29 into Lynchburg until the Route 29 bypass was completed in 2006. 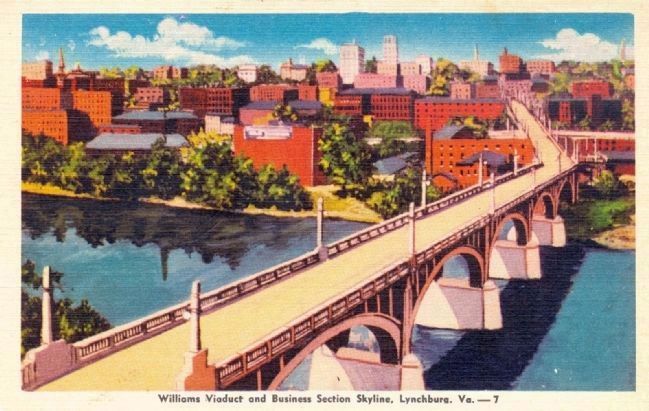