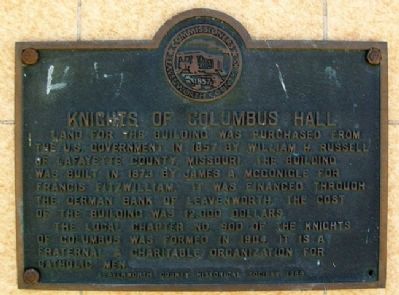 Land for the building was purchased from the U.S. Government in 1857 by William H. Russell of Lafayette County, Missouri. The building was built in 1878 by James A. McGonigle for Francis Fitzwilliam. It was financed through the German Bank of Leavenworth. The cost of the building was 12,000 dollars.

The local Chapter No. 900 of the Knights of Columbus was formed in 1904. It is a fraternal & charitable organization for Catholic men.

Topics. This historical marker is listed in these topic lists: Fraternal or Sororal Organizations • Settlements & Settlers. A significant historical year for this entry is 1857.

Other nearby markers. At least 8 other markers are within walking distance of this marker. Stockton Hall (here, next to this marker); Russell, Majors & Waddell (a few 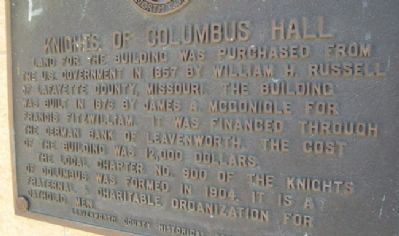 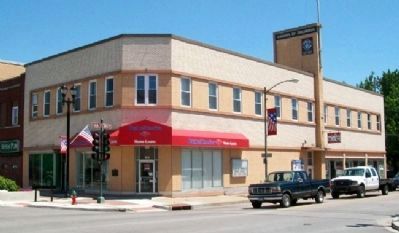