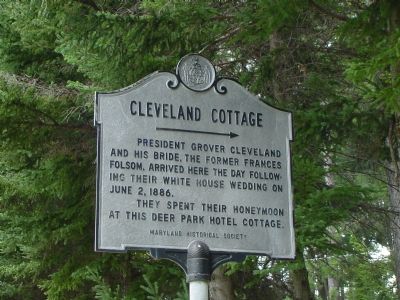 By J. J. Prats, August 6, 2006
1. Cleveland Cottage Marker
Inscription.
Cleveland Cottage. . President Grover Cleveland and his bride, the former Frances Folsom, arrived here the day following their White House wedding on June 2, 1886. They spent their honeymoon at this Deer Park Hotel cottage. . This historical marker was erected by Maryland Historical Society. It is in Deer Park in Garrett County Maryland

President Grover Cleveland and his bride, the former Frances Folsom, arrived here the day following their White House wedding on June 2, 1886. They spent their honeymoon at this Deer Park Hotel cottage.

Topics and series. This historical marker is listed in these topic lists: Industry & Commerce • Railroads & Streetcars. In addition, it is included in the Baltimore and Ohio Railroad (B&O) series list. 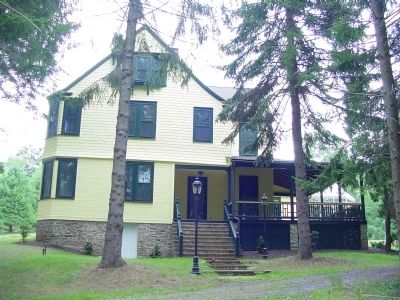 Regarding Cleveland Cottage. After the White House wedding in Washington, DC, President Cleveland sent two wedding guests off in the Presidential Carriage as decoys. While the press chased after the carriage, he and his new bride quietly headed off to the Baltimore and Ohio station and took a train to the Deer Park Hotel, a classy railroad resort in the Allegheny Mountains of Western Maryland. They probably traveled in his private rail car, which still exists.

Related markers. Click here for a list of markers that are related to this marker. Markers about Frances Folsom and the Wedding. 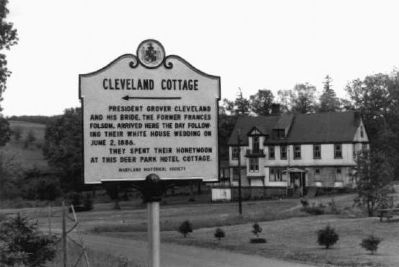 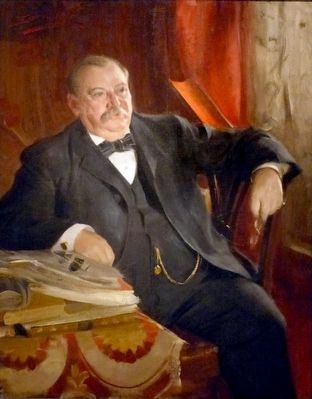 “After his defeat in 1888, Grover Cleveland's presidential career was by no means over. Four years later, the electorate returned him to the White House. But Cleveland might have been better off remaining in retirement. By early 1893 the country was entering a deep economic depression, and whatever he did to meet various phases of that crisis seemed only to alienate his supporters. During the final year of his presidency, Cleveland suffered the ultimate humiliation of being an outcast within the party he had once led.

The painter of this portrait, Swedish artist Anders Zorn, drew his loose brushwork and preference for natural lighting from French impressionism. Cleveland was quite pleased with Zorn's likeness, declaring to a correspondent, ‘As for my ugly mug, I think the artist has “struck it off” in great shape.’” — National Portrait Gallery 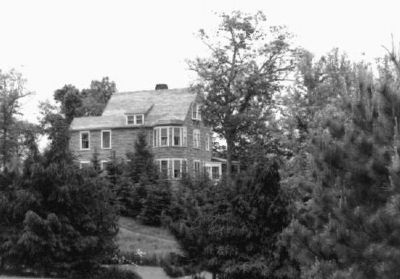 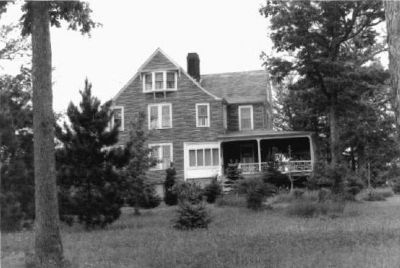 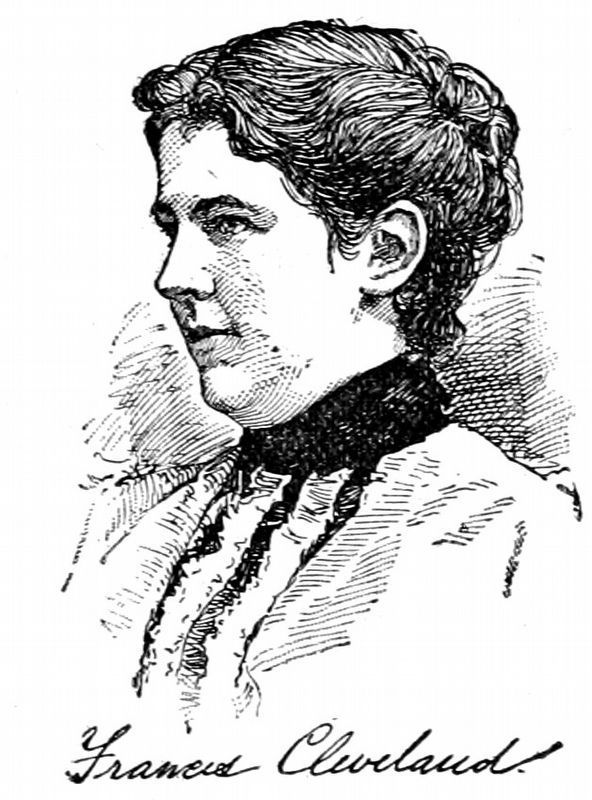