"We're Coming Up Behind You" 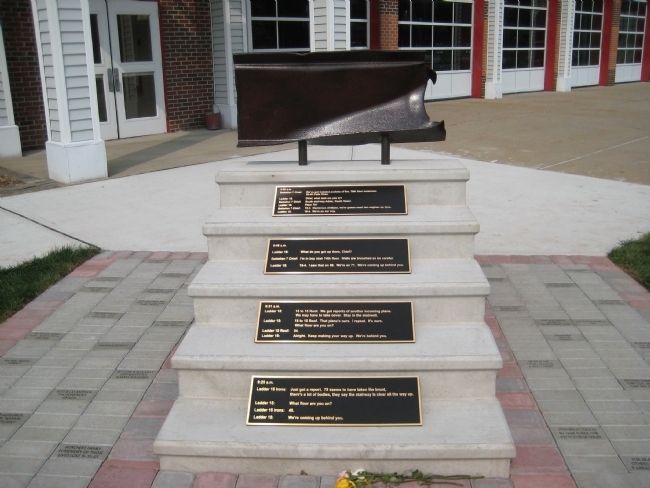 The plaques on the monument document communications among firemen in the World Traded Center on September 11, 2001 as they made their way up the stairway of the south tower. 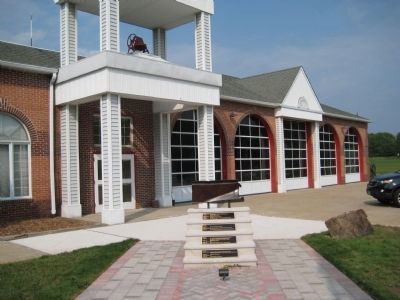 Photographed By Alan Edelson, September 14, 2011
2. "We're Coming Up Behind You" Marker

Topics. This memorial is listed in this topic list: 9/11 Attacks.

Other nearby markers. At least 8 other markers are within 3 miles of this marker, measured as the crow flies. Chief Philip Koechlein (within shouting distance of this marker); A Place To Remember (approx. 0.3 miles away); Bernards Township WWI & WWII Memorial (approx. half a mile away); French Army Encampment (approx. 0.6 miles away); The Washington-Rochambeau Revolutionary Route (approx. 0.7 miles away); Purvis James Boatwright Jr. (approx. 1.4 miles away); Moggy Hollow (approx. 1.9 miles away); General Highway Administration 1893-1993 (approx. 2.3 miles away). Touch for a list and map of all markers in Liberty Corner. 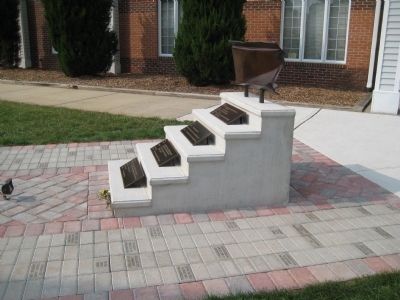