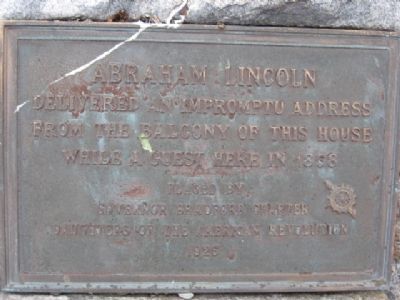 By Angie Shaffer, January 13, 2008
1. Abraham Lincoln Delivered an Impromptu Address Marker
Inscription.
Abraham Lincoln delivered an impromptu address from the balcony of this house while a guest here in 1858 . This historical marker was erected in 1926 by Governor Bradford Chapter, Daughters of the American Revolution. It is in Danville in Vermilion County Illinois

Erected 1926 by Governor Bradford Chapter, Daughters of the American Revolution.

Topics and series. This historical marker is listed in this topic list: Government & Politics. In addition, it is included in the Daughters of the American Revolution, and the Former U.S. Presidents: #16 Abraham Lincoln series lists. 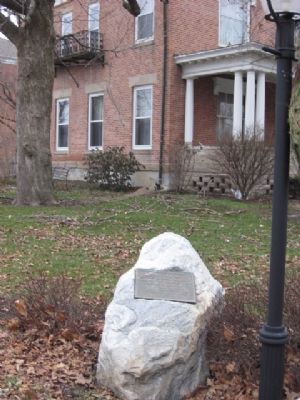 Regarding Abraham Lincoln Delivered an Impromptu Address. From 1841 to 1859, Abraham Lincoln practiced law in Danville. In 1852, he established a local law firm with Ward Hill Lamon. This was Lincoln's only permanent law office on the circuit. While on his senatorial campaign in September of 1858, Lincoln stepped through a window onto a balcony at the home of his longtime friend, William E. Fithian. Standing in his stocking feet, Lincoln proceeded to give a speech to the residents of Danville. 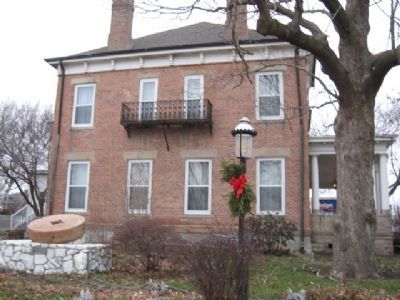 By Angie Shaffer, January 12, 2008
3. Balcony from which Mr. Lincoln delivered his speech 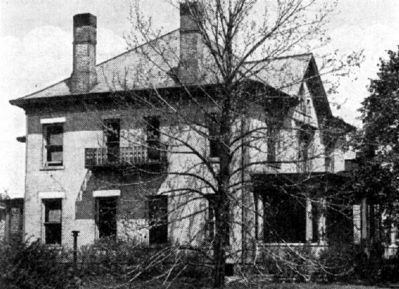 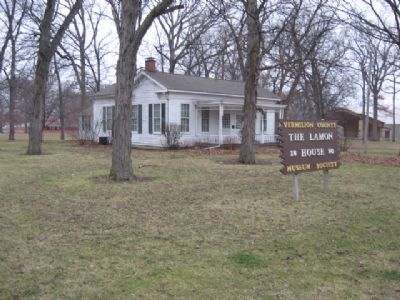 By Angie Shaffer, January 13, 2008
5. The Lamon House
The Lamon House is a Greek Revival Cottage built in 1850 by Joseph and Melissa Beckwith Lamon. The Lamon House is believed to be the oldest frame house in the Danville Area. Joseph is the cousin of Ward Hill Lamon, Lincoln's law partner and bodyguard. Melissa is the daughter of Dan Beckwith, who Danville is named for. The home originally stood near downtown Danville on North Street, but was moved to its present location in Lincoln Park and was completely restored in the early 1980's.
Credits. This page was last revised on November 17, 2019. It was originally submitted on January 14, 2008, by Angie Shaffer of Springfield, Illinois. This page has been viewed 1,825 times since then and 2 times this year. Photos:   1, 2, 3. submitted on January 14, 2008, by Angie Shaffer of Springfield, Illinois.   4. submitted on March 28, 2009, by Al Wolf of Veedersburg, Indiana.   5. submitted on January 14, 2008, by Angie Shaffer of Springfield, Illinois. • Kevin W. was the editor who published this page.
Share This Page.