Veterans of All Wars 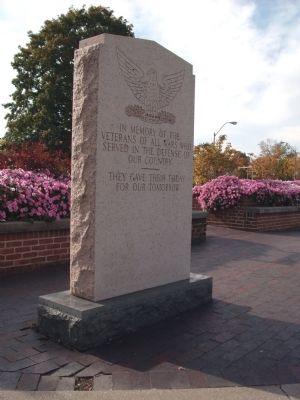 By Courtesy:: Marilyn S. Wolf, October 9, 2011
1. Veterans of All Wars Marker
Inscription.
Veterans of All Wars. .
In Memory of the Veterans of all wars who served in the defense of our Country , , , , They gave their Today for our Tomorrow.
. This historical marker is in Columbus in Bartholomew County Indiana

Location. 39° 12.074′ N, 85° 55.331′ W. Marker is in Columbus, Indiana, in Bartholomew County. Marker is at the intersection of 3rd Street (State Road 46) and Jackson Street, on the left when traveling west on 3rd Street. Located at the North/West (side-walk) corner of the Bartholomew County Courthouse in Columbus, Indiana. Touch for map. Marker is in this post office area: Columbus IN 47201, United States of America. Touch for directions. 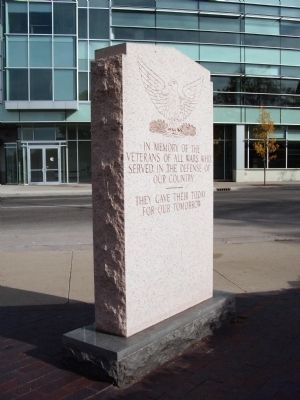 By Courtesy:: Marilyn S. Wolf, October 9, 2011
2. Obverse Side - - Veterans of All Wars Marker
of this marker); Bartholomew County Veterans Memorial (about 300 feet away, measured in a direct line); Bartholomew County Courthouse (about 300 feet away); Orinoco Furniture Company (approx. 1.3 miles away); Atterbury Army Air Field (approx. 3.7 miles away). Touch for a list and map of all markers in Columbus. 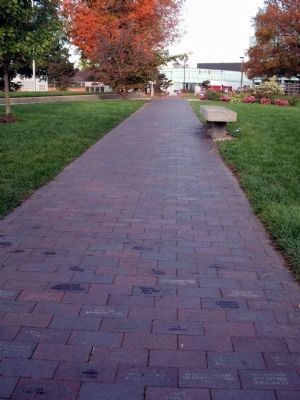 By Courtesy:: Marilyn S. Wolf, October 9, 2011
3. Side-walk of Memorial Bricks
This side-walk will lead you to a number of Memorials that is well worth the visit.! ! 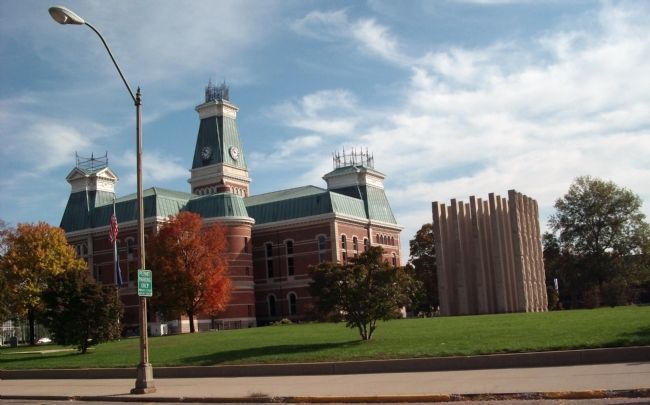 By Courtesy:: Marilyn S. Wolf, October 9, 2011
4. South/West Corner - - Bartholomew County Courthouse
Take time to visit the Large Columns. They are one of the most interesting Veteran Memorials in the State of Indiana. 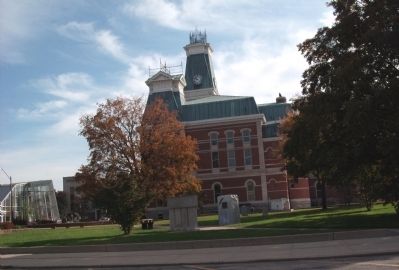