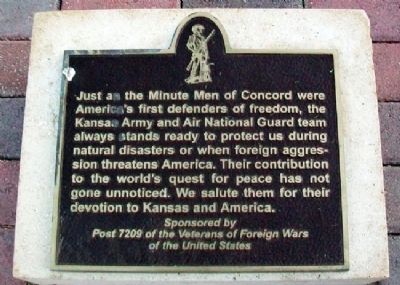 Just as the Minute Men of Concord were America's first defenders of freedom, the Kansas Army and Air National Guard team always stands ready to protect us during natural disasters or when foreign aggression threatens America. Their contribution to the world's quest for peace has not gone unnoticed. We salute them for their devotion to Kansas and America. 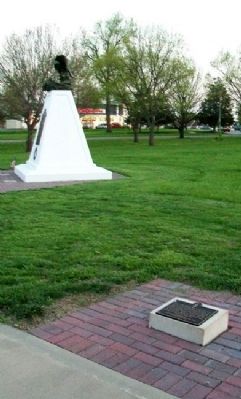