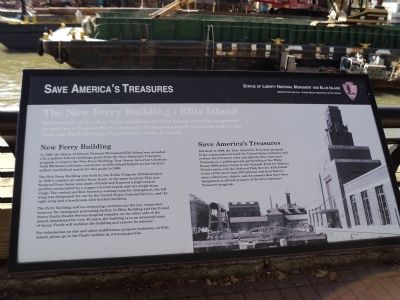 Restoration of the New Ferry Building on Ellis Island is being supported in part by a Federal Save America’s Treasures award administered by the National Park Service, Department of the Interior.

The New Ferry Building was built by the Works Progress Administration in 1936 to replace an earlier ferry house in the same location. This new fireproof ferry house was made of brick and featured a high central pavilion surmounted by a copper-covered cupola and two single-story wings. The central pavilion housed a waiting room for immigrants, the left wing was designated for use by the United States Customs Service, and the right wing had a lunchroom with kitchen facilities. 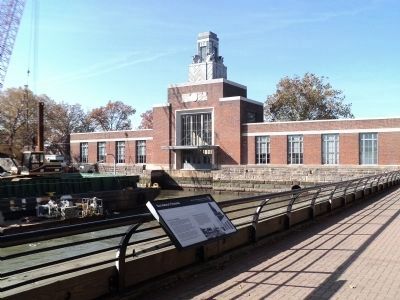 By Bill Coughlin, November 7, 2011
2. Marker and New Ferry Building
processing facility in Main Building and the United States Public Health Service hospital complex on the other side of the island. Abandoned for over 45 years, the building is in an advanced state of decay. Funds will stabilize the building and restore its exterior.

For information on this and other stabilization projects underway on Ellis Island, please go to the Park’s website at www.nps.gov/elis.

Topics and series. This historical marker is listed in this topic list: Notable Buildings. In addition, it is included in the Works Progress Administration (WPA) projects series list. 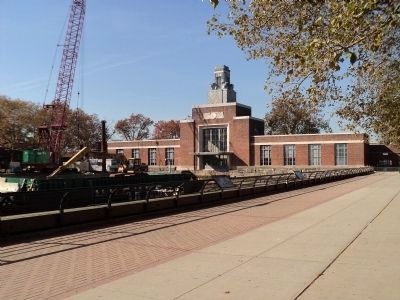 By Bill Coughlin, November 7, 2011
3. Markers on Ellis Island
Two markers are found at this location. The New Ferry Building – Ellis Island marker is seen here on the right.
York, in New York County. Marker is located on Ellis Island, near the end of the ferry slip. Touch for map. Marker is in this post office area: New York NY 10004, United States of America. Touch for directions.

More about this marker. A photo of the New Ferry Building and the south side of Ellis Island appears at the lower right side of the marker. 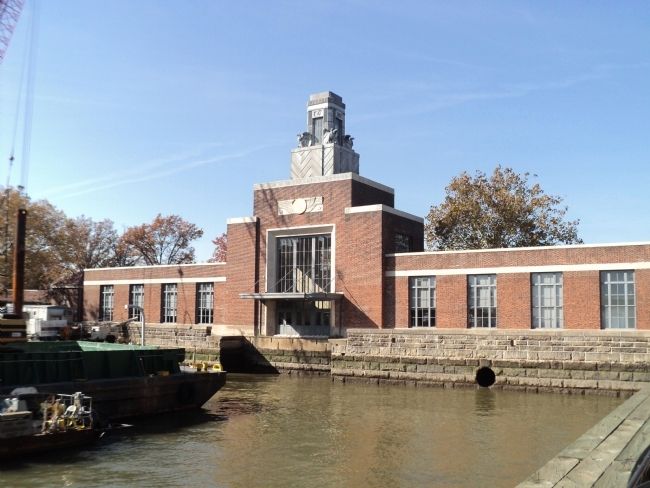