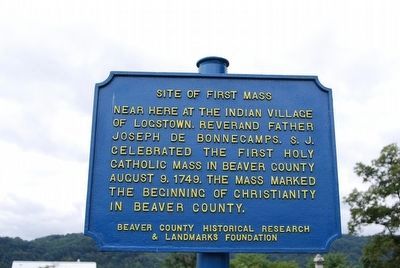 Topics and series. This historical marker is listed in this topic list: Churches & Religion. In addition, it is included in the Pennsylvania - Beaver County Historical Research and Landmarks Foundation series list. A significant historical year for this entry is 1749.

Location. 40° 37.605′ N, 80° 13.773′ W. Marker is in Baden, Pennsylvania, in Beaver County. Marker is at the intersection of Logan Road and Ohio River Boulevard (Pennsylvania Route 65), on the right when traveling east on Logan Road. Touch for map. Marker is in this post office area: Baden PA 15005, United States of America. Touch for directions. 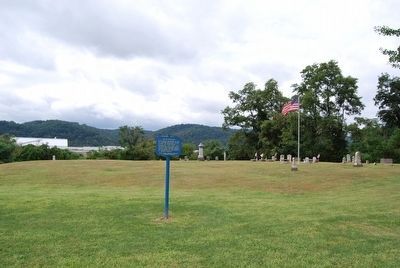 More about this marker. Marker was originally located on Logan Lane across PA 65, it was moved sometime in 2015 to its current location.