The Tuna Club of Avalon 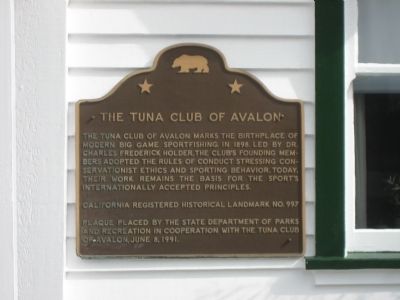 By Wyndfire, November 15, 2011
1. The Tuna Club of Avalon Marker
Inscription.
The Tuna Club of Avalon marks the birthplace of modern big game sportfishing. In 1898, led by Dr. Charles Frederick Holder, the club's founding members adopted the rules of conduct stressing conservationist ethics and sporting behavior. Today, their work remains the basis for the sport's internationally accepted principles. . This historical marker was erected in 1991 by State Department of Parks and Recreation in Cooperation with the Tuna Club of Avalon. It is in Avalon in Los Angeles County California

Erected 1991 by State Department of Parks and Recreation in Cooperation with the Tuna Club of Avalon. (Marker Number 997.)

Topics and series. This historical marker is listed in these topic lists: Animals • Sports. In addition, it is included in the California Historical Landmarks series list.

Other nearby markers. At least 4 other markers are within 3 miles of this marker, measured as the crow flies. The Leaping Tuna (here, next to this marker); Catalina Island Yacht Club 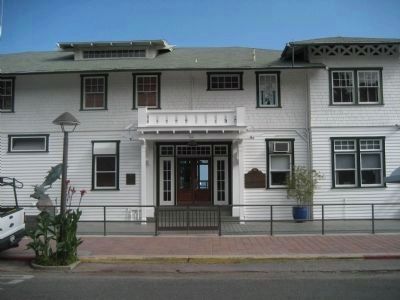 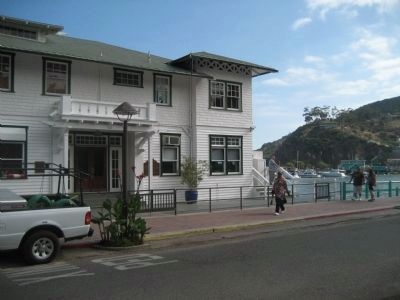 By Wyndfire, November 15, 2011
3. The Tuna Club of Avalon Building
Looking south down the street, partial view of Avalon Bay 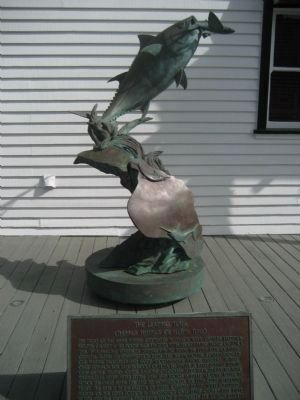