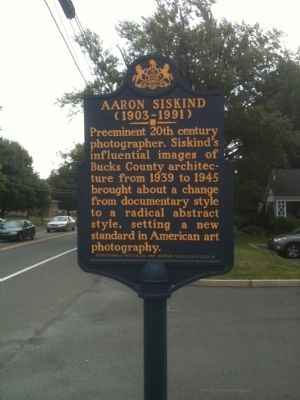 August 6, 2011
1. Aaron Siskind (1903-1991) Marker
Inscription.
Aaron Siskind. Preeminent 20th century photographer. Siskind’s influential images of Bucks County architecture from 1939 to 1945 brought about a change from documentary style to a radical abstract style, setting a new standard in American art photography. . This historical marker was erected in 2004 by Pennsylvania Historical and Museum Commission. It is in Doylestown in Bucks County Pennsylvania

Preeminent 20th century photographer. Siskind’s influential images of Bucks County architecture from 1939 to 1945 brought about a change from documentary style to a radical abstract style, setting a new standard in American art photography.

Topics and series. This historical marker is listed in this topic list: Arts, Letters, Music. In addition, it is included in the Pennsylvania Historical and Museum Commission series list. A significant historical year for this entry is 1939.

Other nearby markers. At least 8 other markers are within one mile of this marker, measured as the crow flies. Charles Sheeler (about 500 feet away, measured in a direct line); Henry Chapman Mercer (approx. 0.4 miles away); James Emory "Jimmie" Foxx (approx. 0.9 miles away); Casimir A. Sienkiewicz (approx. 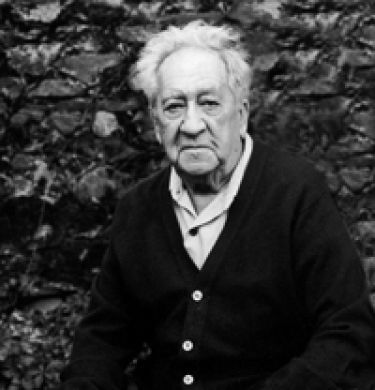 Additional commentary.
1. Aaron Siskind - Brief Biography:
Aaron Siskind was born on December 4, 1903 in New York. He was the son of Russian Jewish immigrants and the fifth of six children. After receiving his Bachelor of Social Science degree from College of the City of New York in 1926, he went on to teach high school English for 21 years in the New York public school system.

His first loves were music and poetry, but he took an interest in photography in 1930 (when he received his first camera as a going- away present before his honeymoon trip to Bermuda), and began his photography career as a documentarian in the New York Photo League in 1932. 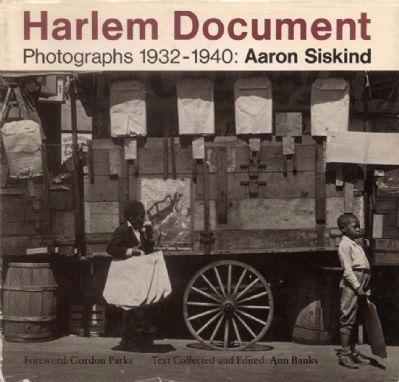 Photographed By Aaron Siskind
3. Photography Book by Aaron Siskind, c. 1930's
From 1936 to 1940 he oversaw the League’s Feature Group as they created documentary photo-essays of political import including Harlem Document, Dead End: The Bowery, Portrait of a Tenement, and St. Joseph’s House.In the early 1940s, his work shifted to the abstract and metaphoric as Siskind cultivated friendships with such Abstract Expressionists as Franz Kline, Barrett Newman, Adolph Gottlieb, and Mark Rothko, and began to exhibit work at the Charles Egan Gallery.
— Submitted January 2, 2012, by Keith S Smith of West Chester, Pennsylvania.
Credits. This page was last revised on June 16, 2016. It was originally submitted on August 25, 2011. This page has been viewed 793 times since then and 30 times this year. Last updated on November 24, 2011. Photos:   1. submitted on August 25, 2011.   2, 3. submitted on January 2, 2012, by Keith S Smith of West Chester, Pennsylvania. • Bill Pfingsten was the editor who published this page.
Share this page.