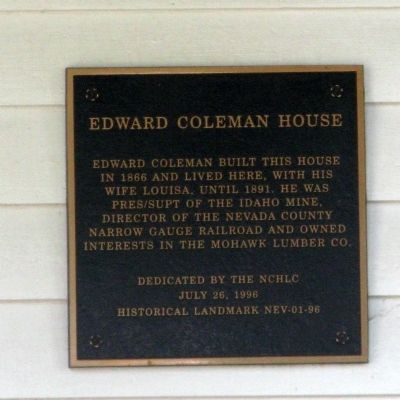 Edward Coleman built this house in 1866 and lived here, with his wife Luisa, until 1891. He was Pres/Supt of the Idaho Mine. Director of Nevada County Narrow Gauge Railroad and owned interests in the Mohawk Lumber Company.

Topics. This historical marker is listed in this topic list: Notable Buildings. A significant historical year for this entry is 1866.

Other nearby markers. At least 8 other markers are within walking distance of this marker. The First Woman's Christian Temperance Union (about 400 feet away, measured in a direct line); Historic Emmanuel Episcopal Church (about 400 feet away); The Holbrooke Hotel 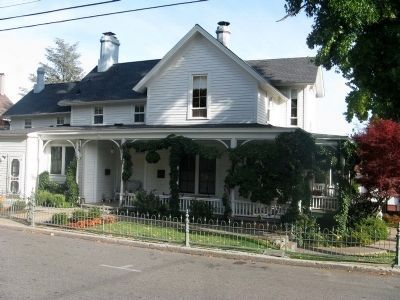 Photographed By Syd Whittle, November 13, 2011
2. Edward Coleman House and Marker
This side of the home faces South School Street.

Robert M. Wyckoff writes in his 1984 publication of Walking Tours and Twice Told Tales of Grass Valley that the home was a Bed & Breakfast known as the Murphy's Inn.

Regarding Edward Coleman House. From the Nevada County Gold Grass Valley Walking Tour Brochure:
Coleman was involved in local mines and railroading, and built this lovely home in the 1860s. Home also owned by Joseph Weissbein, bank and mine owner, who was murdered at the Pittsburg Mine in 1915. The basic exterior has remained unchanged over the years. Now a private residence. 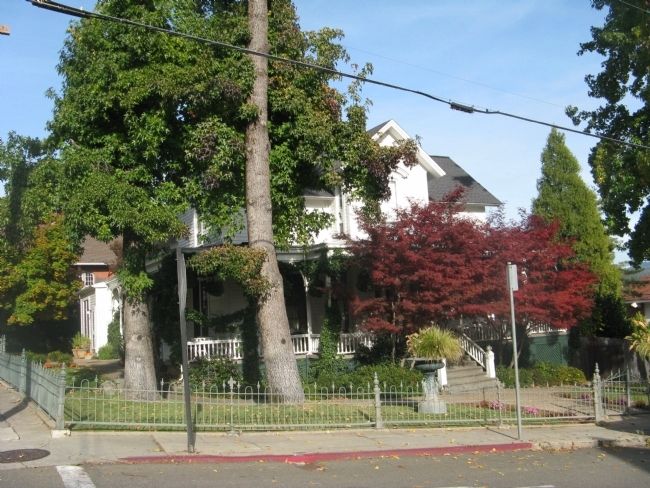 Photographed By Syd Whittle, November 13, 2011
3. Edward Coleman House
The front of the home faces Neal Street.
This is a private residence. Please respect their privacy. 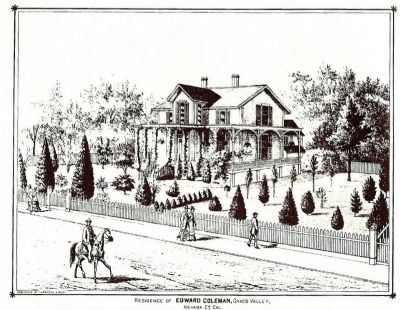