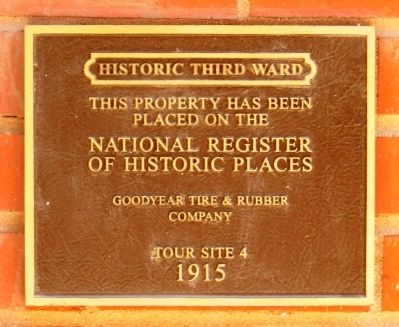 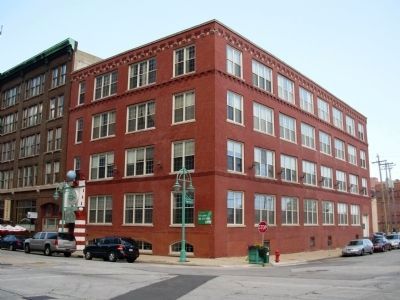 More about this marker. This office and warehouse was built in 1915. Goodyear Tire & Rubber occupied the building from 1919 through the 1930s. Later occupants included Firestone, Bostrom, a seat cushion manufacturer, a dress manufacturer, and in 1957 Moebius Printing used it as a storage facility. Today, a variety of businesses occupy the site including a printing service, an employment recruiter, a legal firm, an energy company, a pigment manufacturer and an advertising agency. - Historic Third Ward Walking Tour brochure