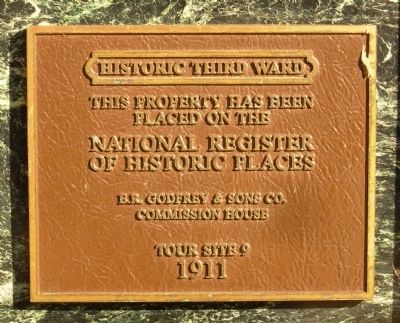 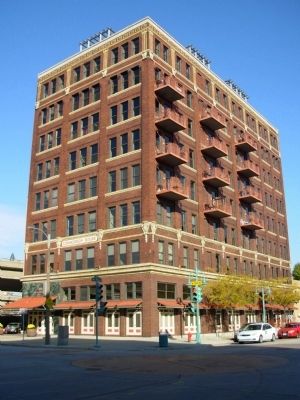 Regarding E.R. Godfrey & Sons Co. Commission House. E.R. Godfrey & Sons constructed this building in 1911 for their commission and wholesale grocery business. It is claimed they were responsible for shipping the first banana to Milwaukee as well as for being the first to enter the frozen food business in the area. The Bruce Publishing Co., a printer of bibles and liturgical materials, remodeled the building extensively when they moved here in 1949. The LoDuca Brothers bought the building in 1972 and renamed it the LoDuca Building. The building was converted to residential condominiums in 2005. -Historic Third Ward Walking Tour brochure