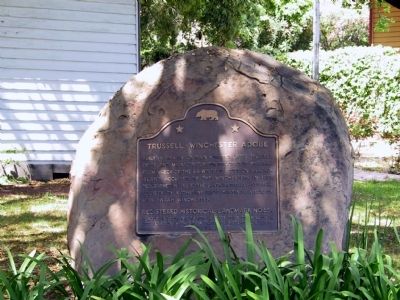 Built in 1854 by Captain Horatio Gates Trussell of Orland, Maine. Partly constructed of material from wreck of the S.S. Winfield Scott on Anacapa Island. Acquired by the Winchesters in 1882. Bequeathed in 1955 to the Santa Barbara Historical Society by Katherine Bagg Hastings, niece of Miss Sarah Winchester.

Topics and series. This historical marker is listed in these topic lists: Notable Buildings • Settlements & Settlers. In addition, it is included in the California Historical Landmarks series list. A significant historical year for this entry is 1854.

Other nearby markers. At least 8 other markers are within walking distance of this marker. Los Baños del Mar Pool (approx. 0.3 miles away); El Capitán Portolá 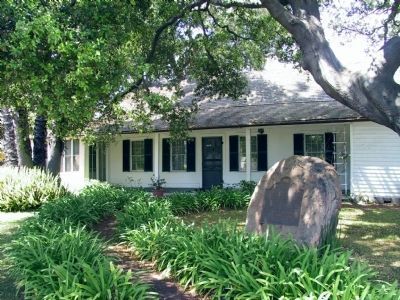 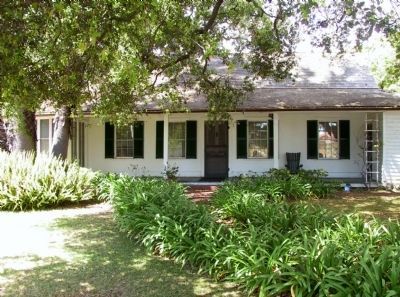 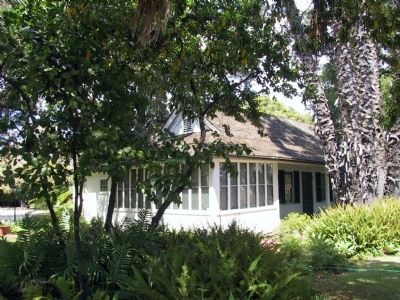